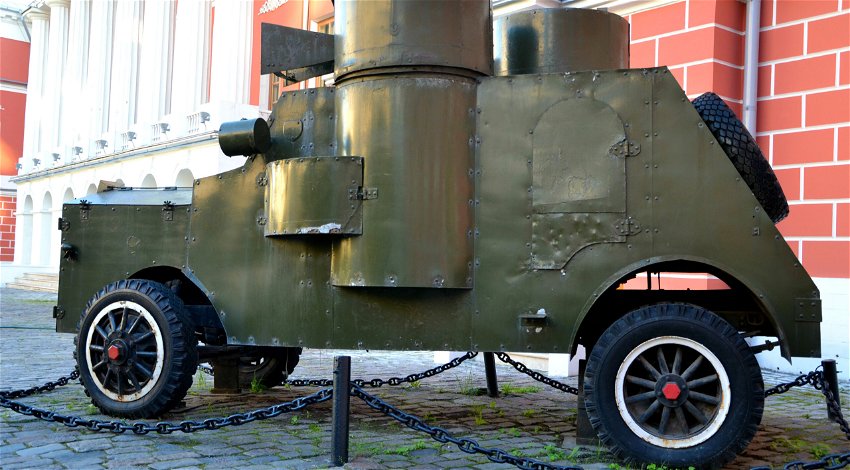 ACCORDING to British Ministry of Defence intelligence on Thursday, November 3, Russian soldiers are likely “frustrated” after being forced to serve in Ukraine using “old infantry combat vehicles”.

In its latest update, the British MoD said: “Russian soldiers serving in Ukraine are likely frustrated that they are forced to serve in old infantry combat vehicles which they describe as aluminium cans.”

The MoD added: “In mid-October, in the face of Ukrainian offensives, Russian armoured vehicles losses increased to over 40 a day: roughly equivalent to a battalion’s worth of equipment.

“In recent weeks Russia has likely resorted to acquiring at least 100 additional tanks and infantry fighting vehicles from Belarussian stocks.

“Armoured units and artillery are central to Russia’s way of war; the force in Ukraine is now struggling partially due to difficulties in sourcing both artillery ammunition and sufficient serviceable replacement armoured vehicles.”

Although talking specifically about infantry combat vehicles, the Russian army has also been accused of using old Soviet Era tanks in Ukraine.

Prior to that, on Monday, July 4, two Russian T-80BV tanks were spotted being towed after Czech volunteer forces captured them from the frontline in Izium, Ukraine.

On July 12, a viral video captured the moment a Russian World War 2 era T-34 tank ‘played dead to avoid being sent to Ukraine.’

The video showed the moment the Russian T-34 tank missed the back of its transport truck and flipped to the ground.

According to military vehicle analysts, the T-34 is a Soviet medium tank introduced in 1940. Its 76.2 mm tank gun was more powerful than its contemporaries while its 60-degree sloped armour provided good protection against anti-tank weapons.