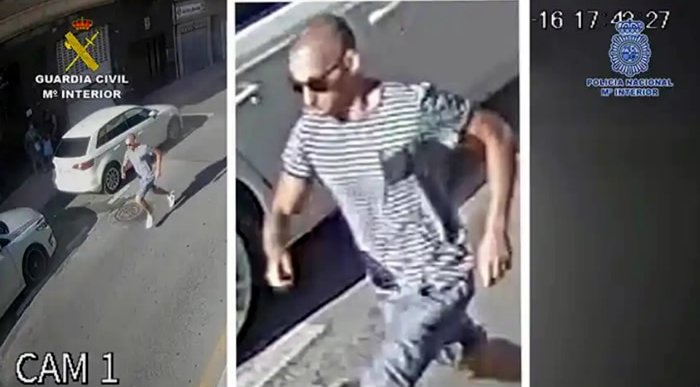 The perpetrator of two murders committed in the Spanish province of Alicante has been identified as a Russian serial killer.

Thanks to DNA evidence found at the scene, a joint investigation by Spain’s National Police and the Guardia Civil has resulted in the identification of the perpetrator of two previously unsolved crimes committed in the province of Alicante.

As confirmed by elespanol.com after receiving information from the television programme En Boca de Todos, the culprit is a Russian serial killer. He is currently in the psychiatric unit of a prison in his homeland after being suspected of committing another crime. His activities didn’t seem to follow a pattern, he just killed randomly.

The murders with which he is related in Alicante happened in August and November 2020. The first was that of a farmer from Los Montesinos who was found stabbed to death.

In the second incident, a Justice official was strangled from behind while she was walking her dog. Her body was found in the Elche municipality of La Hoya. DNA samples found at the scene have reportedly been the key to solving both cases.

Apparently, after committing these crimes, the killer returned to his country, where he was arrested for a new murder and has been admitted to a psychiatric penitentiary. It is unknown if he suffers from any specific pathology, but the researchers assume that the man’s mental health has to do with the attacks.

It is not the only crime that the Spanish police believe he committed during his time in the province of Alicante. On July 16, 2020, shortly before the farmer was murdered, a 58-year-old woman was attacked by a man with a knife. This took place just before 7pm inside the portal of a house located on Calle San Pascual in the town of Torrevieja.

The victim was cleaning the doorway when the man, without provocation, pounced on her and stabbed her. Her screams made the criminal flee and, in fact, security cameras installed in the area managed to capture the only images they had of the suspect.

In the gathered images, a thin, bald man, wearing sunglasses and dressed in a striped shirt and short jeans can be seen allegedly fleeing the scene. After receiving the mandatory judicial authorisation last summer, the investigators requested the public’s collaboration to identify the attacker.