The Football Season is Heating Up! Join a walking football team on the Costa del Sol 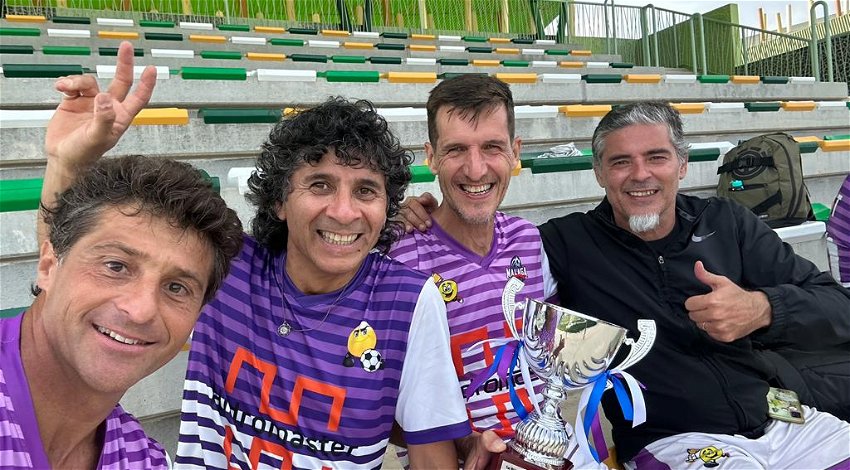 Malaga and El Cañadon took teams at the weekend to the first international Torrevieja walking football tournament. Both sides were decimated by injury and subsequently only had one substitute each. It was decided that they would just go and enjoy the weekend. And how they did….

El cañadon in their first tournament got to the final after beating Athletic club De Bilbao in the semi final, having been unbeaten in the group stages. Eventual winners were Portobello from the Costa Blanca in an excellent final.

Malaga had a team of over 60 players and acquitted themselves well in a very tough group. Malaga meet El Cañadon this week in the first round of the BAHA Irish whiskey cup. This should be a good game and a good benchmark for El Cañadon against last week’s finalists. All teams are still seeking players for the new season.

So if you live in or near Vinuela, Torrox, Nerja, Competa, Malaga, Calahonda, Mijas Costa, or Benahavis don’t worry we have a club for you.

The Costas have a new team! Mollina wfc from Malaga province. They take on El Cañadon on November 8th in their first competitive game.

The walking dead are the early runners in both leagues as they were last season, with a superb start to the leagues, but there is a long way to go and a lot of games to be played, and this season will certainly be tighter than last year where two clubs ran away from the pack very early on and stayed there.

For all information about walking football, visit walkingfooty.com on Facebook.