Construction work on the Mojacar (Almeria) bypass could start by December 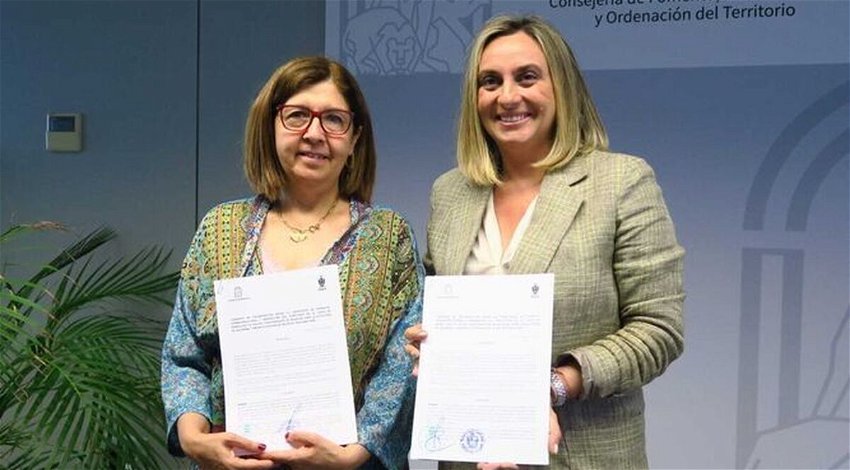 THE Junta’s Public Works department announced that the contract to complete Mojacar’s long-awaited bypass will be signed early this month.

The document that was signed last May by Carazo, who heads the Junta’s Public Works department, and Mojacar’s mayor Rosa Maria Cano, automatically gave the go-ahead for putting the project out to tender.

The €5.3 million contract was awarded in September and Carazo has now confirmd that work should begin in December,

The Public Works department will cover 60 per cent of the cost, with Mojacar town hall providing the remainder.   The regional government will also pay for the compulsory purchase of the land required for the bypass, assessments and surveys as well as restoring affected services.  The Junta will also provide the 1 per cent which is levied on all public works and earmarked for cultural and heritage purposes.

The two-kilometre section of road between the A-1203 and Paraje de las Marinas which is expected to take two years to build, will complete the road that was begun 30 years ago to decongest the heavy traffic that collapses Mojacar’s Paseo del Mediterraneo each summer.

Work on the bypass actually began in 1994 but was halted 12 months later at the contractors’ request.

Construction resumed in 2002 and the first phase of the road between the A-370 and ALP-818 was completed in 2005 but an unfavourable Environmental Impact Statement for the remaining 5.7 kilometres once again brought the project to a halt.

Faced with Mojacar’s pressing need for a bypass, it was decided to reroute this problematic section, although earlier this year Carazo described the solution as the result of “intensely hard work” and the Junta’s determination to “give the bypass a second chance.”

An estimated 6,000 vehicles use Mojacar’s coastal bypass each day and thanks to just two kilometres of road, drivers will eventually be able to take a more direct route to the urbanisations including La Parata and the area in front of Playa del Cantal.