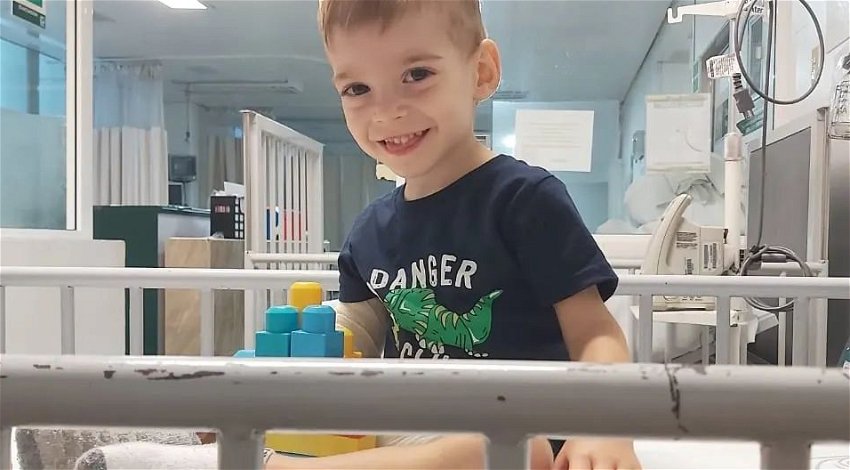 THE father of little Oliver has shared an emotional post as doctors successfully remove 90 per cent of his brain tumour in Barcelona.

The second operation saw 15 professionals remove more than 90 per cent of the tumour in a complicated operation that lasted ten hours.

This followed the first procedure where specialist doctors implanted a bypass valve to prevent the accumulation of fluid within the cavities of the brain.

Today there is good news for the family after it is reported that Oliver is now conscious and recognises his family, according to Hablando Claro.

This comes two days after his dad Alejandro wrote an emotional message to his Instagram followers about the family’s journey.

His dad wrote: “Thanks to all of you who have supported us, written, donated, cried, laughed, shared stories, shared photos, those calls, those messages of support.

“Every bad moment creates many good ones and that is what all of you who are behind the story of Oliver and thousands of other children who are just like him have done.”

The family, including mum Lena, originally from Malaga, flew to Barcelona on Wednesday after an anonymous donor paid €196,000 for a specialist air ambulance to make the trip from Mexico, where they now live.

The family was due to take a commercial flight but Oliver’s health was so poor on they were not able to board it.

This prompted dad Alejandro to post a plea on social media for donations to help get Oliver to Barcelona before it was too late.

Thanks to the generosity of the businessman, who is believed to have a child of a similar age, Oliver was able to be flown in a special medically-equipped plane from Cancún to Spain in time for the operation.