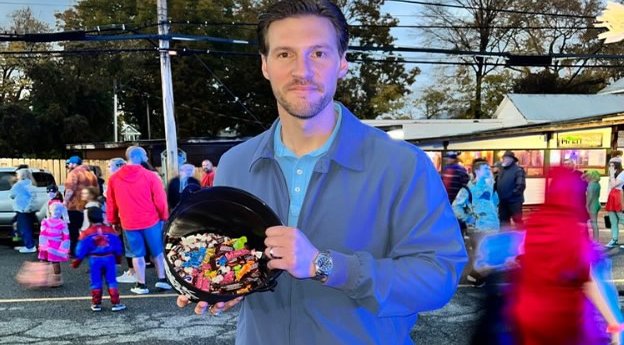 A gunman fired a shot through the window of a bedroom where the two children of Republican candidate Pat Harrigan were sleeping.

It was revealed today, Thursday, November 3, that the FBI launched an investigation after a gunman fired shots into the home of Pat Harrigan’s parents. The former Republican candidate is currently running for Congress in North Carolina’s 14th Congressional District. No arrests have yet been made.

The incident occurred on October 18, with the bullets reportedly landing just a few feet from where Harrigan’s children lay sleeping in the family home in the North Carolina city of Hickory.

At the time of the event, Harrigan’s Democrat rival Jeff Jackson was apparently filming a campaign ad outside the property, as reported by dailymail.co.uk.

#NEW Shots were fired at Republican candidate Pat Harrigan's North Carolina home and his kids are almost KILLED after gunman opens fire at his home with bullet landing few feet from where they slept after Democrat rival filmed campaign ad outside his property.

It transpired that a bullet passed through a window in the bedroom where the candidate’s two children, aged 3 and 5, were asleep. A bullet is believed to have been fired from a wooded area behind the Harrigan house but did not wake the kids.

Harrigan had previously moved his children to the relative safety of his parent’s home in Hickory after allegedly receiving death threats. The former U.S. Army Special Forces veteran insisted that the incident would not intimidate him. “Death threats aren’t enough to knock this Green Beret off that mission”, he is reported as commenting.

As a result of the incident, Jackson was forced to drop his campaign advert. Harrigan’s opponent had apparently been standing outside the house criticising his conservative policies.