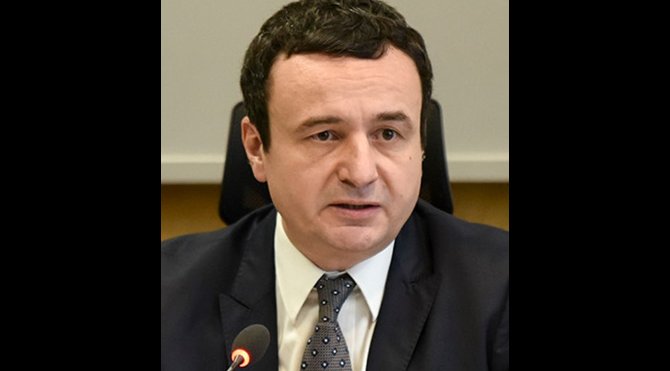 Tensions have heightened in the Balkans after special forces were deployed by Kosovo to the Serb-populated city of Kosovska Mitrovica.

As reported today, Saturday, November 5, by the Serbian newspaper Vecherne Novosti, the ROSU special forces of the police of the unrecognised Republic of Kosovo were deployed to the Serb-populated city of Kosovska Mitrovica.

Kosovo police refuted the movement of special forces but admitted that they can resort to this measure if necessary. Earlier today, the Kosovo edition of Koha Ditore published footage showing several police armoured vehicles driving through the streets of the city.

❗️🇽🇰🇷🇸 Kosovo special forces are being pulled to the administrative border with Serbia pic.twitter.com/Y8cHymS0sd

On November 1, Serbian Defense Minister Milos Vucevic said that the country’s armed forces were being placed on high alert because of the situation in Kosovo, where the police began to punish owners of Serbian vehicle number plates.

The authorities decided to fine those who had not changed their Serbian registration plates from November 1, 2022, up to €150 euros. Citizens have been given instructions on how to replace Serbian number plates with those of Kosovo.

This transitional period will last until April 21, 2023, after which the Kosovo police will begin to confiscate cars with Serbian plates. It was reported that Serbian police refused to fine Serbs who did not change their Serbian number plates to Kosovo ones. This led to the resignation of Nenad Djuric, the head of the Northern Regional Police Department.

Earlier this Saturday, Aljbin Kurti, the leader of Kosovo, unilaterally cancelled the Brussels Agreement. He declared that he would not implement the obligations that Prishtina had taken regarding the formation of the ZSO.

Representatives of the Serbs in Kosovo and Metohija subsequently announced that they were withdrawing from the assembly, the government and all Pristina institutions, as well as suspending their participation in the police and judiciary authorities.

⚡️🇷🇸🇽🇰All Serb personnel (including policemen) on active service in Kosovo are reported to have taken off their uniforms. pic.twitter.com/jxva39NdJy