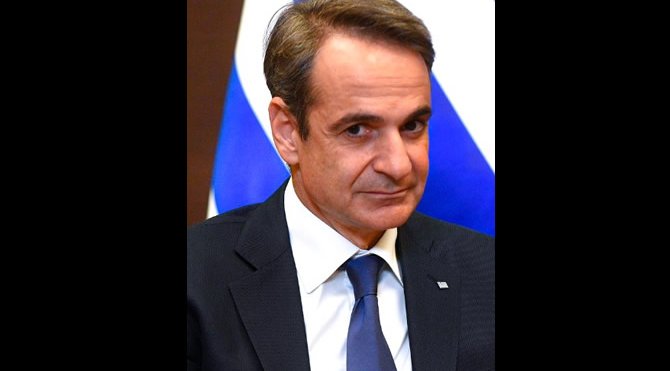 Greek Prime Minister Kyriakos Mitsotakis has been accused of using illegal software to spy on dozens of businessmen, journalists, and potential political rivals.

A bombshell report about an ongoing ‘wiretapping’ scandal in Greece claimed that Prime Minister Kyriakos Mitsotakis had been involved in spying on dozens of individuals, according to dailymail.co.uk on Saturday, November 5.

Among the names mentioned by the publication were former PM Antonis Samaras, Vangelis Marinakis, the shipping magnate who owns both Olympiakos and Nottingham Forest football clubs, and members of Mitsotakis’s current cabinet.

The notorious illegal Predator software had been used in the alleged eavesdropping campaign added the news outlet, which also implicated collaboration by EYP, the Greek intelligence agency.

Documento said that as many as 30 politicians from the New Democracy party had been targeted. The conservative party is seen as a potential rival to Mr Mitsotakis in any future challenge to his government.

‘Two people with key roles in the surveillance’ were cited as sources for Documento’s report. They added that mobile phones had probably also been tapped using illegal software.

The Greek scandal first erupted back in July after a complaint lodged by MEP Nikos Androulakis. The leader of Greece’s Pasok Socialist party claimed that attempts had been made using the Predator spyware to tap his personal mobile.

It was quickly established that before the politician took over as the leader of the country’s third-largest party, he had in fact been the subject of surveillance by Greek intelligence. After Androulakis’s case became public, another senior opposition politician came forward with similar claims, as did two Greek journalists.

Just one month after being initiated, an investigation by a Greek parliamentary committee fell apart. Critics accused them at the time of failing to summon key witnesses.

A European Parliament committee that is currently investigating wiretapping allegations in other EU states – including Greece – last Friday 4 called for the Greek case to be investigated more thoroughly.