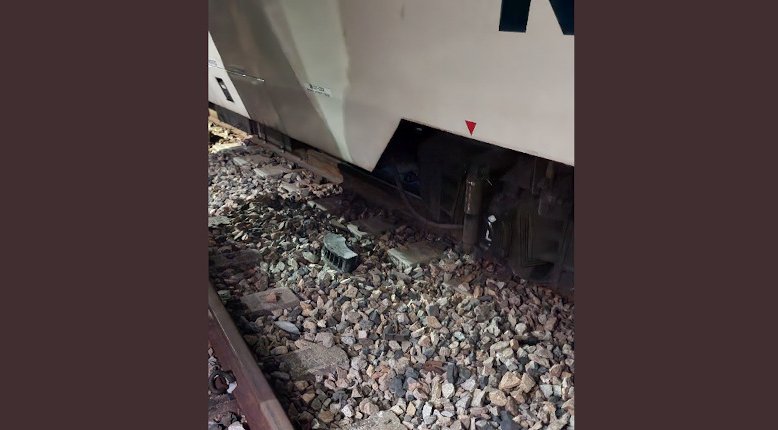 A TRAIN derailment at Yeongdeungpo Station in Seoul, South Korea has injured around 30 people, according to local media reports.

A train derailment occurred near Yeongdeungpo Station in Seoul at around 8.15 pm on Sunday, November 6 (local time).

According to the Korea Railroad Corporation (KORAIL), the Mugunghwa train bound for Iksan from Yongsan to Iksan derailed while entering Yeongdeungpo Station.

“A train derailed in central Seoul, injuring 30 passengers,” a report from KORAIL read.

Around 119 paramedics were deployed to the scene.

Seoul Metro said at the time: “Near Yeongdeungpo Station on the Gyeongbu Line, the KORAIL Mugunghwa Train on the Lower Line 1 has been derailed. Customers using Line 1 are advised to use other means of transportation.”

According to KORAIL, a total of 275 passengers were on the train at the time of the accident and most of those injured suffered minor injuries. Six cars derailed, including five passenger ones.

People posted photos of the incident on social media.

Twitter user @kkkomm_00 gave a detailed expansion of the incident via a series of tweets about their experience.

“Suddenly the train shook like crazy, the chairs turned arbitrarily, the power suddenly turned off and the train stopped. People started screaming and smoke came from inside,” they wrote alongside some pictures.

“We were told to get off and walk to Yeongdeungpo Station and be on standby without follow-up action.”

They added: “The paramedics asked us to go to the waiting room to figure out the number of people and wait. I didn’t know where the waiting room was at Yeongdeungpo Station and there was no one to ask.

“People were arguing with the staff, and they waited without any countermeasures right away.

“I was not injured. The injured were transported by paramedics, and I waited for the station manager at Yeongdeungpo Station to leave the scene.

Another image reportedly showed the incident from inside the tunnel.