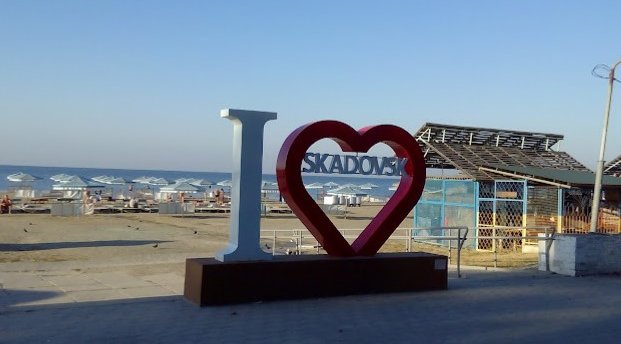 A 56-year-old Ukrainian nurse was allegedly abducted from her home and hanged in the street in the Kherson region city of Skadovsk.

Tetyana Mudryenko, a 56-year-old Ukrainian disabled children’s nurse was reportedly abducted from her home and publicly hanged in front of a local courthouse. The incident occurred on October 7, in the Russian-occupied coastal city of Skadovsk, in the Kherson region of Ukraine.

According to eyewitnesses, former Ukrainian police officers who cooperate with the occupiers came to take them away. Tetyana’s 60-year-old husband Anatoly Orekhov was kidnapped along with his wife on the same day.

Later that week, her twin sister Natalya Chorniy, received a photo of her sister’s body in the morgue. Along with the photo, they sent the medical examiner’s report, which indicated the cause of death to be suffocation.

The Media Initiative for Human Rights, a non-governmental Ukrainian organisation reported on the incident. In an article about it, they related Natalya’s experience.

She told them: “Tetyana is a nurse. She is well-known in the city. Previously, she brought children with disabilities from Dnipro to Skadovsk on vacation. She was always active, led a healthy lifestyle, and had no bad habits. More than once she swam the distance from Skadovsk to Dzharylgach Island”.

Natalya learned from locals that earlier on October 7, Tatyana and Anatoly had been driving in their car when they were stopped by the so-called policemen. It is unknown what it was about but after some time, they were released and headed home. At around 7pm that evening the ‘policemen’ apparently went to the couple’s home and took them away.

After trying for over a week to find out what had happened to her disappeared sister, the occupiers eventually confirmed to Natalya on October 15 that Tetyana was dead. That was when she was sent the photo from the morgue as proof.

“One local resident told me that Tetyana was allegedly hanged by police collaborators in front of the court building” Natalya revealed. Locals said they believed that the sister’s phrase ‘Skadovsk is Ukraine’ could have been the reason behind her abduction.

Her twin insisted that she had often warned Tatyana not to antagonise the Russian troops. ‘In occupied Skadovsk, you can’t have your own opinion’, she said.

Natalya claimed that her sister’s home had also been ransacked by Russian forces who stole her and her husband’s car and bicycles. On a social media post, accompanied by an image, she wrote: ‘This is my twin sister, she and her husband have been held in the Skadovsk pre-trial detention centre for two days, the husband was beaten, the house was searched, a car and two bicycles were taken”.

Local publications claimed that Ihor Ivanovich Kuzmenyuk, the head of the occupation criminal investigation of the so-called Skadovsk police, may be involved in Tetyana’s murder. They noted that the collaborator was cruel, torturing the civilians of Skadov for their pro-Ukrainian position. Relatives of the couple also do not reject Kuzmenyuk’s involvement in the capture and murder of Tatyana.