Couple on £7k monthly benefits whose children lived in filth with 36 dogs, jailed 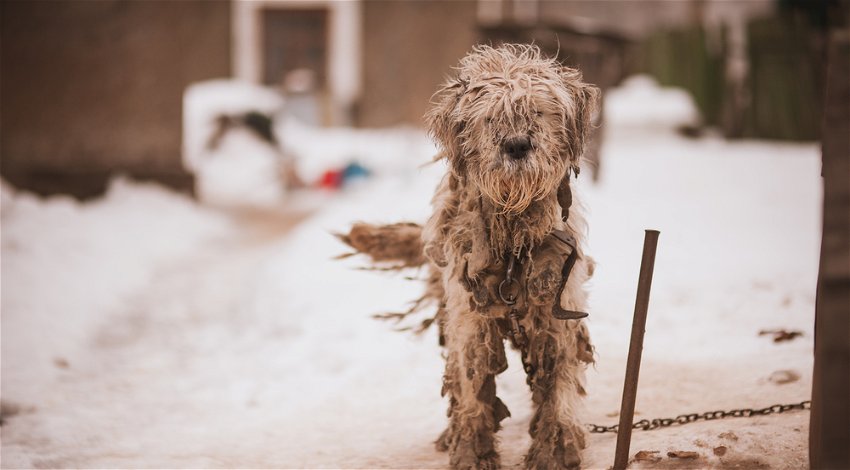 A couple on £7k monthly benefits have been jailed by a judge in the UK who said they had shown “profound indifference” towards their children and their animals.

Gemma Brogan, 41, and Christopher Bennett, 35, were sentenced in a Lewes Court on Monday, November 7 by a judge to six years each in jail.

Judge Stephen Mooney said Bennett and Brogan, a dance teacher had “frittered away £7,000-a-month which should have been spent on the children.”

He added: “It is impossible for any person to comprehend the enormity of your failings.”

The judge said that the children were victims of prolonged serious neglect and deliberate disregard for their welfare.

Those in court heard how police found that the entire home had smelled of dig faeces and that they found one of the children, a seven-year-old, and asleep near a dead dog. Clothed just in a nappy, her hair matted and filthy, she was found to have faeces on her skin.

The court was shown police body camera footage in which officers used a wooden board to prevent the 35 live dogs from escaping as they rescued the seven-year-old.

The couple had according to Amy Packham acting for the Crown, entered guilty pleas to seven counts of neglect on seven children in their care between September 2019 and June 2021.

Of the couple who paid £1,600-a-month in mortgage repayments and received £7,000 in benefits, Packham said: “This was wilful neglect

“This was clearly a toxic relationship and there were volatile incidents between the two of them. It would appear it was a situation which was reciprocated both ways.”

The couple also admitted animal cruelty after being prosecuted by the RSPCA resulting in Brogan being given an 18-week prison sentence suspended for two years. She was handed a five-year ban for all animals, 30 rehabilitation activity days and 100 hours of community service work. Bennett was sentenced to 18 weeks’ imprisonment and was disqualified indefinitely from keeping all animals.

Police were called to the house after Bennett called 999 saying he was going to kill Brogan.

The children were found to have been discouraged from going to school and were all filthy, with all having rotten teeth and in need of basic hygiene training. They are also said to be lacking in social skills.

The court was told that Bennett had a low IQ and that the situation in the home had got out of hand during the pandemic, with the dogs having puppies during successive lockdowns.

The house was said to be filthy with rubbish, rotten food and faeces everywhere. By all accounts the children were well known to local schools and concerns had been raised, however social services had not taken any action to support the kids prior to the police being called.

Originally jailed for eight years, sentence was reduced by 25 per cent for the admission of guilt pleas.

The case raised many questions including how a couple could be on £7k monthly benefits which were not used to the benefit of the children.