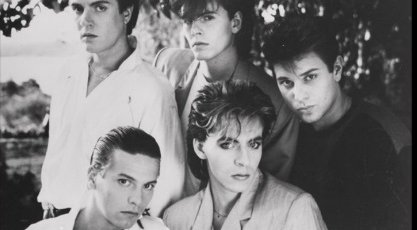 One of the founders of British new wave group Duran Duran has revealed he has stage four cancer.

The diagnosis was revealed overnight on Sunday, November 6 by the band who read a letter out from Andy Taylor at the band’s induction into the Rock and Roll Hall of Fame.

Taylor who missed the event, revealed he has stage four metastatic prostate cancer. He was due to join with his former bandmates but said that a setback had meant he could not travel.

Had he been able to make the journey it would’ve been the first time the five-piece band would’ve appeared together, the last time being a world tour back in 2004.

To celebrate their induction the band played their 1981 breakthrough hit “Girls on Film” following it up with a number of their other top hits.

After the performance the band Read out Taylor’s letter which said: “Just over four years ago I was diagnosed with stage 4 metastatic prostate cancer.”

Taylor continued: “Many families have experienced the slow burn of this disease and of course we are no different; so I speak from the perspective of a family man but with profound humility to the band, the greatest fans a group could have and this exceptional accolade.

“I have the ‘Rodgers and Edwards’ of doctors and medical treatment that until very recently allowed me to just rock on.

“Although my current condition is not immediately life-threatening, there is no cure.”

By Rodgers and Edwards he is talking about the best, with Nile Rodgers and Bernard Edwards, produced Duran Duran’s music throughout their career.

He went on to say that he was “massively disappointed” that he could not attend and that he had bought a new guitar for the occasion.

He finished by saying he was “proud of his brothers” and “overjoyed they could be there to accept the award.

“I often doubted the day would come. I’m sure as hell glad I’m around to see the day.”

Others who were inducted on the night include some all-time greats Lionel Richie, Pat Benatar, Eminem, Carly Simon, Eurythmics, Harry Belafonte, Judas Priest and Dolly Parton.

Duran Duran remain favourites today performing regularly at major events but sadly without the original guitarist and founder. Andy Taylor who has revealed he has stage 4 cancer.