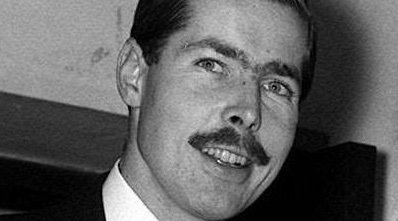 THE Lord Lucan mystery may have taken a step towards being solved after the missing suspected killer was claimed to be seen alive in Australia.

Richard John Bingham, the 7th Earl of Lucan, disappeared in 1974 – the day after he allegedly murdered his family nanny Sandra Rivett. Today, Monday marks 48 years since her death.

The mystery surrounding Lucan’s disappearance has never been solved – although alleged sightings have been reported – with friends having claimed he jumped off a cross-channel ferry.

But now a facial recognition expert says an elderly man living in Australia is a “definite match” for the runaway Lord.

Professor Hassan Ugail – who used his face recognition tools to help unmask two suspected Russian spies at the heart of the Salisbury Novichok poisoning case – says the algorithm linking Lucan to a man in Oz, blurred for legal reasons, is “never wrong”, reports the Mirror.

The computer scientist’s work includes that of an artificial intelligence algorithm that ran 4,000 cross-checks of seven photos, including four of Lucan and three of the mystery man in Australia.

The expert said: “They produced a match. This isn’t an opinion, it’s science and mathematical fact.”

A facial recognition expert claims an elderly man living in Australia is a definite match for the runaway murderer Lord Lucan pic.twitter.com/FtUditKLB9

Lucan would now be aged 87, which is said to be the same age as the elderly man living in a small town just outside Brisbane, the capital of the state of Queensland.

Along with the four photos of Lucan, the three taken of the Aussie man after being tracked down by nanny Sandra Rivett’s son Neil Berriman.

Ugail, a Professor of Visual Computing at the University of Bradford, has spent 20 years developing his artificial intelligence algorithm. The prof, who grew up in the Maldives, claims he did not know much about the Lucan case, or that he was suspected to be the man in the photos.

Prof Ugail, who grew up in the Maldives, said: “Now that I know more about this Lord Lucan case I’m very pleased that I said ‘yes’.

My computer has been looking at photos of Lord Lucan – whose disappearance has remained one of the UK's most famous unsolved mysteries. https://t.co/KBuiMMucGV

“In recent years there has been a massive improvement in artificial intelligence and facial recognition technology.

“We can now confirm things that would have been impossible just five years ago. We’ve compared thousands and thousands of people and there have been literally millions of photos that we’ve analysed using the algorithm. “It has never been wrong.

“This algorithm has been trained on millions of photos.

“People of different ethnicities, different ages – the only time it will fail is if you put in identical twins. It only takes a few minutes to run it and it comes back with a percentage – a ‘similarity index’.

“Even if you put two exact images of the same person, you are never going to get 100% similarity because of the way images are taken – pixels and everything else.

“Anything with a similarity index of 75% or higher is conclusively the same individual.

In 1975, an inquest jury found Lord Lucan to be responsible for Sandra Rivett’s death. Lucan was declared legally dead in 2016.