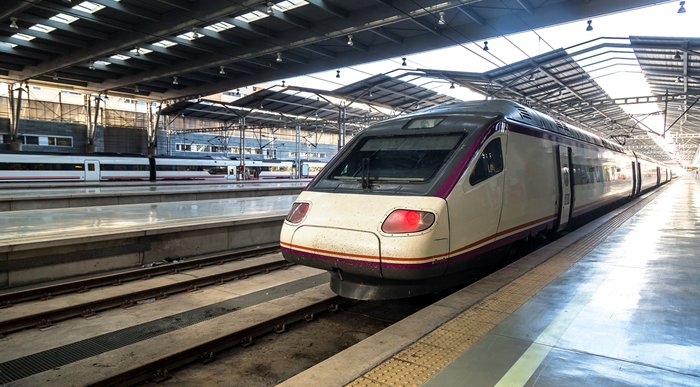 The CGT union representing Renfe workers in Spain has agreed two days of train strike action this week, on Monday 7 and Friday 11.

Users of the rail network in Spain face two days of strike action this week, agreed by the General Confederation of Labour (CGT) trade union that represents Renfe workers. Industrial action will take place this Monday, November 7, and again on Friday, November 11. In total, Renfe has cancelled 565 trains: 171 AVE and long distance, and 394 medium distance.

In a statement released on Sunday, the union said the strike action had been called to: “end professional discrimination with the double and triple scales established in the previous collective agreement, stop the increase in the level of employment that puts an end to the gradual professional railway dismantling, and in defence of the public and social railway”.

Basically, the union is demanding an improvement in the working conditions of the workers and a rise in their wages.

Spain’s Ministry of Transport, Mobility and Urban Agenda (MITMA) has subsequently determined the minimum mandatory services needed to ensure the provision of essential rail transport services for passengers and goods.

According to the Ministry Resolution, the minimum essential services have been established at 75 per cent during rush hour on Cercanias trains. The rest of the day’s usual service will operate at 50 per cent. This resolution was designed said the Ministry, with the aim of making compatible the right to strike and the right to mobility.

The Resolution of Minimum Services can be consulted on the Renfe website . It includes all the Media Distancia and AVE, Avlo, Alvia, Euromed, and Intercity trains that will run each day to their usual timetable.

In a statement sent to the media, CGT criticized the minimum services set by the ministry, describing them as ‘totally abusive’. It pointed out that the Cercanias and Media Distancia services will be those most affected by the time cuts in the circulation of trains. They accused the ministry of protecting the AVE service, something they described as ‘absolutely antisocial’.

Regarding the agreement reached last week between the Government and the CCOO and UGT unions, the agreeers of the strikes affirmed that the resolution between the parties supposes a ‘betrayal’ that perpetuates ‘professional discrimination due to the time spent in the categories’, as reported by DiarioDeMalaga.es .