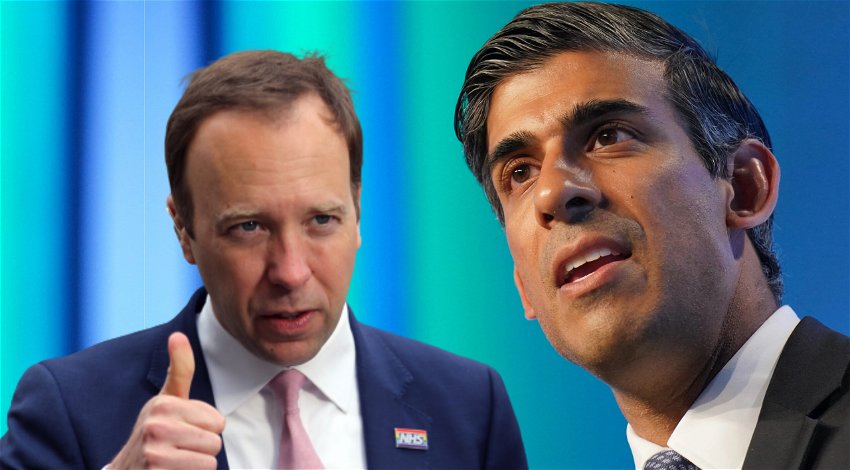 RISHI Sunak has finally spoken out about Matt Hancock’s controversial appearance on I’m a Celebrity.

The prime minister, who has remained tight-lipped until this moment despite Mr Hancock’s actions leading to him losing his Tory whip, spoke as he made his way to the COP27 summit in Egypt.

He said he was “very disappointed” with his Conservative colleague and added that MPs should be “working with their constituents”.

The PM added that the former health secretary risked losing constituents’ trust by leaving them for the ITV show, which started in Australia last night, reports the Sun.

Mr Sunak said: “I think politics is a noble profession, at its best — it can and should be. But it’s incumbent on politicians to earn people’s respect and trust.

“They do that by working hard for their constituents, as the vast majority of MPs do. That is why I was very disappointed with Matt’s decision.

“The vast majority of MPs are really hard-working — they got into it because they want to make a difference for their communities.

Next week, I'm going into the jungle, as part of this year's @imacelebrity

Read why in @TheSun here👇https://t.co/DUcumVelVq

“Most MPs spend their time street by street, constituent by constituent, trying to make a difference, that’s what my colleagues do.

“That’s really special and why I was disappointed with what Matt did.”

Last week Mr Hancock said his reason for going to the Aussie outback was to “talk directly to people not interested in politics” and that reality TV is a “different way to communicate with the electorate” due to how it is “honest and unfiltered”.

Mr Hancock is reported to be one of I’m A Celebrity’s highest-ever earners, with a fee of £400,000 being paid out, although it is expected that he will donate a chunk of the money to charity.

A spokesperson for Mr Hancock said: “The second reading of Matt’s Dyslexia Screening and Teacher Training Bill is just days after I’m A Celeb finishes. Matt doesn’t expect to serve in government again so this is an amazing opportunity for him to raise the profile of his dyslexia campaign and to talk about an issue he really cares about in front of millions of people.

“Matt will be making a donation to St Nicholas Hospice in Suffolk, and causes supporting dyslexia, off the back of his appearance. He will, of course, declare the amount he receives from the show to Parliament to ensure complete transparency, as normal.”