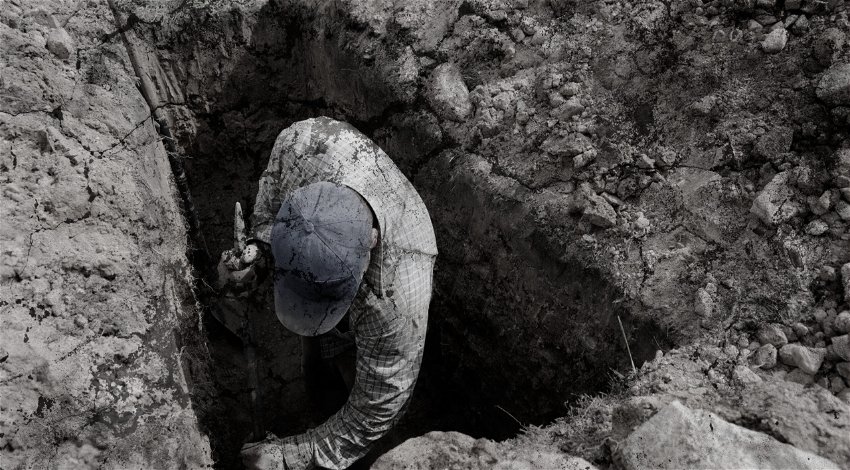 RUSSIAN film director and producer Ivan Arkhipov has reportedly been kidnapped and forced to dig his own grave near St Petersburg, as reported on Monday, November 7.

According to early reports, the Russian film director was reportedly kidnapped outside Lenin’s Tent Museum in Sestroretsk, a municipal town in Kurortny District of the federal city of St Petersburg, Russia, located on the shores of the Gulf of Finland.

Russian news outlet SHOT reported that the 39-year-old stopped his Mercedes outside of the museum and was jumped by two suspects.

Arkhipov, who directed and produced films such as “Calling Baron”, “Major-2”, “Christmas Tree 5”, and “Cipher”, said that he was forced back into his vehicle at gunpoint and ordered to drive towards the Primorskoe motorway.

He reportedly told the news outlet: “They put a gun to my head and forced me to drive. After a few kilometres, they ordered me to stop and led me into a forest, put a shovel in my hands and forced me to dig myself a hole.”

However, according to the report, Arkhipov managed to escape from the criminals and call the police.

SHOT said that the men did not make any demands of the filmmaker before he managed to escape.

No further information has been available at this time.

Already this month, St Petersburg has been subject to some major news in Russia.

On Tuesday, November 1, it was reported that hours after accusing St. Petersburg Governor Alexander Beglov of corruption, Wagner financier Yevgeny Prigozhin announced the creation of a PMC Wagner Centre in the Russian city.