Carry On and Harry Potter star dies at 98 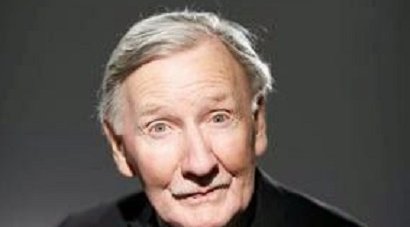 The Carry On and Harry Potter star and legend pf British film, Leslie Phillips has died after battling a long illness.

Agent Jonathan Lloyd confirmed the actor’s death on Tuesday, November 8 saying that he had died peacefully in his sleep.

Phillips, who had survived two strokes some six months apart at the age of 90, first appeared on the West End stage at the age of 14.

He then went on to appear in many TV programmes and films including the Carry On franchise, which he will be forever remembered for.

That followed with successful appearances in Doctor in the House, Midsommer Murders and Tomb Raider. By the time he retired he had appeared in more than 200 films, TV and radio programmes in a career that spanned eight decades.

An accomplished Shakespearean actor he was also renowned for his role in the BBC radio’s Navy Lark.

His last appearance came as the voice of the sorting hat in Harry Potter, which had the important task of deciding into which house new pupils were allocated.

Tributes have been pouring in for the much-loved actor but no more fitting than the one paid by his wife, Zara Carr, 63, who said: “I’ve lost a wonderful husband and the public has lost a truly great showman.

“He was quite simply a national treasure. People loved him. He was mobbed everywhere he went.

“When we married he cheekily introduced me to the Press as royalty, insisting I was the new Zara Phillips and that I was related to the Queen.”

Phillips’ glittering career spans over eight decades and he has starred in over 200 movies, TV and radio series.

Phillips, who married Zara in 2014, quipped that he should be knighted after introducing his wife who shares the same name as the Queen’s granddaughter. Phillips was given an OBE which was upgraded to a CBE for services to film.

The Carry On and Harry Potter star will be fondly remembered by people of all ages, his films and TV timeless.