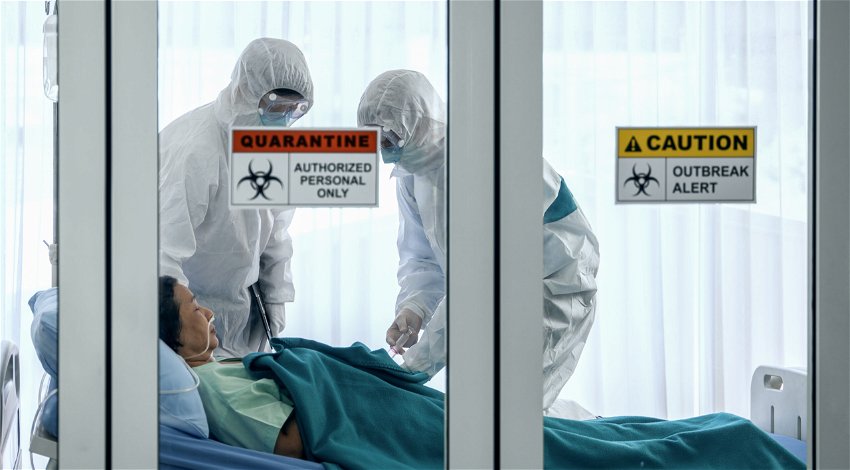 According to Russia’s FSB, a Moscow firm that had supplied fake protection equipment against Covid hospitals in the Astrakhan region has been raided after being accused of embezzling budget funds.

“Authorities of the Federal Security Service of Russia have suppressed the illegal activities of employees of a Moscow-based firm who attempted to implement an illegal scheme aimed at embezzling budget funds in the execution of state contracts in the interests of the Ministry of Health of the Astrakhan region,” as reported by RIA citing an FSB report.

The security service said that “the funding was intended for the purchase of personal protective equipment against coronavirus for medical personnel of covid hospitals.”

It added: “Operational investigative measures have established that the goods supplied do not correspond to the technical characteristics specified in the specification and are manufactured in an artisanal way and have no protective properties against viral infections, including against COVID-19.”

The FSB noted that they managed to prevent the embezzlement of budget funds worth over 35 million roubles.

“A criminal case has been launched under an article on attempted fraud.”

“Searches were conducted at the homes of the suspects in Moscow and the Moscow Region. The suspects have been detained and taken into custody,” it concluded.

In Spain, earlier this year, police arrested a gang operating in Madrid and Barcelona for supplying some “celebrities” and the public with fake Covid passports and PCR certificates.

On January 25, National Police officers arrested seven members of a criminal network for falsifying Covid documents and selling them to celebrities and members of the public.

1,600 people from the Community of Madrid alone were said to be under investigation for purchasing the fake documents for the gang, including the singer Omar Montes.