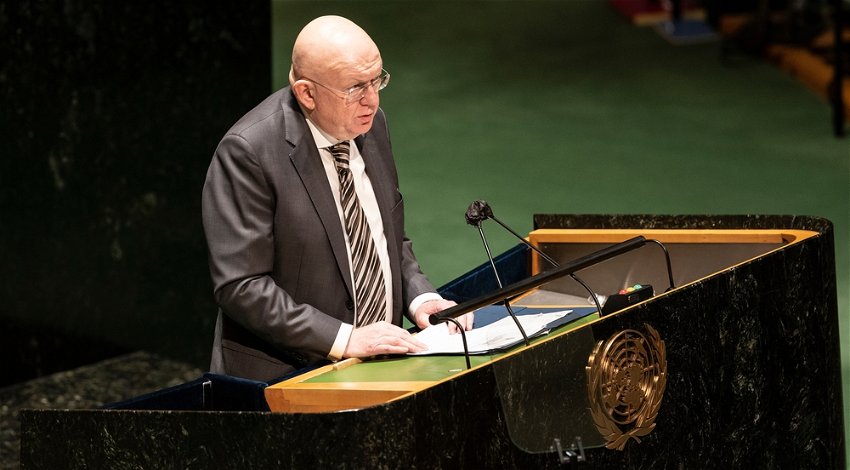 Russia backed up the claims made last month by Vasily Nebenzya, the Permanent Representative of Russia to the UN, on Tuesday, November 8 saying that had evidence to support their claim.

Throughout the war Russia has spread propaganda in an effort to either justify its own tactics or to try and sway world opinion. The first of these claims came as early as March with a Russian diplomat claiming that soldiers in Kherson Oblast discovered “three drones equipped with 30-litre containers that can be used to spray biologically active substances.”

But the claims have become ever more outlandish with the latest claim aimed at both Ukraine and the United States, who they say have drones capable of spreading infected mosquitoes.

Nebenzya said: “According to the description, such a drone transports a container with a large number of mosquitoes, the carriers of infections, to a targeted area and releases them.”

He added: “Such an infection among enemy servicemen would have a significant military effect” asserting that the disease could stop a soldier from performing the tasks assigned to them.

Nebenzya inferred that the mosquito could be a more valuable military tool than the most modern weapons and military equipment.

But he was not finished there, Nebenzya claims that Russia had received documents claiming “the spread of dangerous infections by migratory birds, in particular highly pathogenic influenza and Newcastle disease, and by bats, which are capable of infecting humans with the causative agents of plague, leptospirosis, brucellosis, as well as coronaviruses and filoviruses.”

As always the claims have been met with ridicule by Ukraine with Andrii Yermak, the Head of the Office of the President of Ukraine, saying: “Combat mosquitoes, dirty bombs…

It is already too late to treat patients there. They should be placed in and isolated in the chamber called Russia.”

The claims of a dirty bomb and now mosquitoes have been dismissed by the west with chemical warfare and attacks on the general public banned under the Geneva convention.