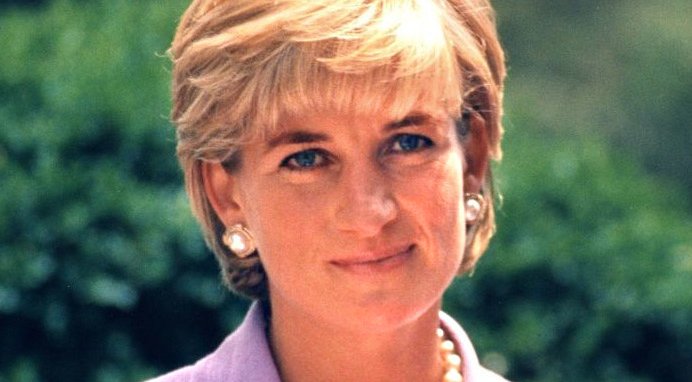 THE ex-lover of the former King of Spain has alleged that she has a book that purports to the “involvement of the British and US intelligence agencies” in the death of Princess Diana.

Corinna zu Sayn-Wittgenstein-Sayn alleges that the book was left at her apartment during “an operation” that was carried out by Spanish intelligence agents at her home in Switzerland, a court heard today.

A barrister representing Juan Carlos I told the Court of Appeal that Ms zu Sayn-Wittgenstein-Sayn, also known as Corinna Larsen, said she allegedly received a “follow-up telephone call” from someone she did not know who made an “allusion” to the way in which Diana died, reports the Mirror.

Juan Carlos, 84, who abdicated from the throne in 2014 to make way for his son, Felipe VI, has launched an appeal after losing a High Court battle with his former lover.

The 57-year-old is taking legal action against Juan Carlos by seeking damages for personal injury, accusing him of causing her “great mental pain” by spying on and harassing her.

An ex-lover of a former king of Spain has alleged "intruders" left a book at her apartment about the "involvement of the British and US intelligence agencies" in the death of Princess Diana https://t.co/431ybAA5OI

Lawyers representing the former king attempted to argue his immunity from English courts, due to his royal status, but Mr Justice Nicklin disagreed.

Barrister Timothy Otty KC, today told the appeal judges – Lady Justice King, Lady Justice Simler and Lord Justice Popplewell – that one allegation made by Ms zu Sayn-Wittgenstein-Sayn was that papers in her apartment in Villars, Switzerland, had been disturbed.

He put to the court that “an operation” by the Spanish intelligence agency CNI saw them enter Ms zu Sayn-Wittgenstein-Sayn’s apartment in Switzerland to “threaten” her.

In a written argument, the barrister said she claimed that “papers had been disturbed within her apartment’ in Villars.”

He said: “It is alleged that a book was left by the intruders on the topic of the involvement of the British and US intelligence agencies in the death of Princess Diana.

The former lover of #Spain’s king emeritus Juan Carlos I, Corinna zu Sayn-Wittgenstein, has filed a lawsuit against him, claiming she was a target of “covert and overt surveillance”https://t.co/r1y9VzpWB8 pic.twitter.com/tWjhbP8dI8

“It is further alleged that (Ms zu Sayn-Wittgenstein-Sayn) received a follow-up telephone call in Switzerland from an unknown person speaking Spanish who informed her that ‘there are many tunnels between Monaco and Nice’.

“I.e, an allusion to the manner in which Princess Diana was killed – as a result of a car crash in the Pont de l’Alma tunnel in Paris, which the book left by the intruders had identified as being at the hands of intelligence services.”

“He emphatically denies that he engaged in, or directed, any harassment of the (Ms zu Sayn-Wittgenstein-Sayn) whatever, and he rejects her allegations to the contrary as untrue and inconsistent with previous public statements made by her.

“The allegations also involve an alleged abuse of power wholly inconsistent with his majesty’s important role in the transition of Spain to a successful parliamentary democracy and his long period of service as sovereign.”

This comes days after Ms zu Sayn-Wittgenstein opened up about their five-year relationship in an explosive new podcast.

She reveals in the eight-episode series that the former King of Spain called her 10 times a day at work and used a fake name to keep their relationship secret.

Speaking about her relationship with Juan Carlos I, she tells the podcast: “He called me ten times a day and sent me flowers and letters.”

The Danish businesswoman said that she felt “married” to the former king during their relationship and described him as the “husband of [her] heart”, The Times reports.