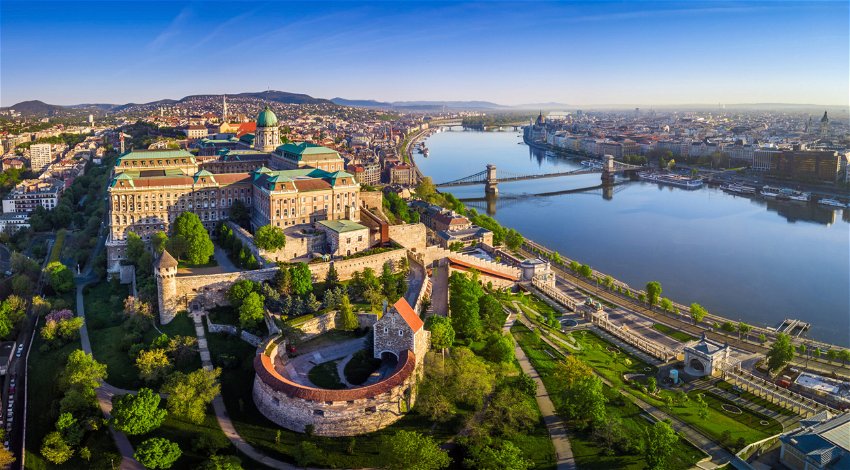 A number of River Cruises have been canceled in recent weeks due to low water levels on the Rhine and Daube rivers, forcing unhappy visitors to take replacement bus services.

River cruising is a multibillion-dollar industry in Europe. According to Statista, a provider of market and consumer data, over 1.6 million travelers cruised rivers in Europe in 2018. The largest group of passengers come from North America, according to trade group Cruise Lines International Association.

River cruising in Europe has become increasingly popular option for US vacacioners in recent years, partly due to the fact that Americans do not need a visa or travel authorisation to visit the region at present, However, they will be required to have a ETIAS for US citizens to travel to Europe from the end of 2023.

However, many US citizens who have river cruises through the region have recently seen their trips disrupted by one of Europe’s worst droughts in decades. The most heavily affected have been cruises between Amsterdam and Budapest, due to the water level of parts of the Rhine and Danube rivers being too low for ships to pass.

Since heavy cargo weighs ships down and causes problems in shallow waters, even ships that can pass through the Rhine and Danube have had to reduce their load capacities.

In addition to causing disruptions for commercial shipping companies who transport goods and commodities like oil and coal, the low water levels have derailed many planned cruise trips. This has forced last-minute changes to tourist itineraries and hastily arranged replacement bus services.

For many visitors, the replacement bus services are a poor  substitute for the river cruise they had planned,  forcing them into a vacation based around highway rest stops and roadside diners instead of  their expectation of river views and starlight dinners on the water.

Tour companies have largely been apologetic about the disruptions, but suggest that they are doing their best to maintain as normal an itinerary along the rivers as possible by bus.

Rudi Schreiner, the president and co-owner of AmaWaterways, a river cruise company with a fleet of 26 ships, says that a passenger receives a voucher for 15 percent off the next seven-night cruise for each day that the cruise itinerary differs from what was scheduled.

In addition, he said that cruise passengers are taken on excursions to nearby towns by bus when water levels are low on the Lower Rhine, but then brought back to the river when the levels are high enough.

He also acknowledged that AmaWaterways is looking for new technologies to lower the draft of its ships so they can pass through shallower waters. “I don’t see any death of river cruising,” Schreiner said. “I see adjustments.”

Another river cruise operator, Viking, acknowledged that the water river level of the Daube remains unusually low, but said that the majority of its trips faced no interruptions.

“Our nautical team is continually monitoring the situation,” the company said in a statement. “Guests and their travel advisers will continue to be notified directly by Viking customer relations if we think that their itinerary might be impacted.”

After a recent Viking cruise was affected and the passengers were instead ferried to their destinations by bus, the company said that the disruption was “highly unusual” due to the historically low water levels on the Rhine and Danube, and that customer ratings had remained “highly satisfactory,”

“We recognized that this was not the experience that our guests expected, which is why we provided all guests with a 15 percent credit toward their next Viking voyage, in the form of a voucher good for one year,” a Vikings spokesman said.

Meanwhile, the increase of droughts in Europe has pushed other river cruise companies to adapt by incorporating other methods of transportation into their itineraries. For example, river cruise company Uniworld last year adopted routes that include both cruises and luxury train travel.

“While we cannot predict future weather changes, we are preparing for it,” Ellen Bettridge, the president and chief executive of Uniworld, said in a statement “Our longstanding history and unparalleled relationships within the travel industry have allowed us to be flexible in creating alternate itineraries.”

Bettridge asserted that most of Uniworld’s 2022 cruises had been unaffected by the low water levels, with the company only having to cancel around 7% of its services.

While increased rainfall in Germany in the past week has made things easier, it is not yet known if droughts will continue to be a problem for river cruise operators in the future. “The question is how long it will last,” Schreiner said.