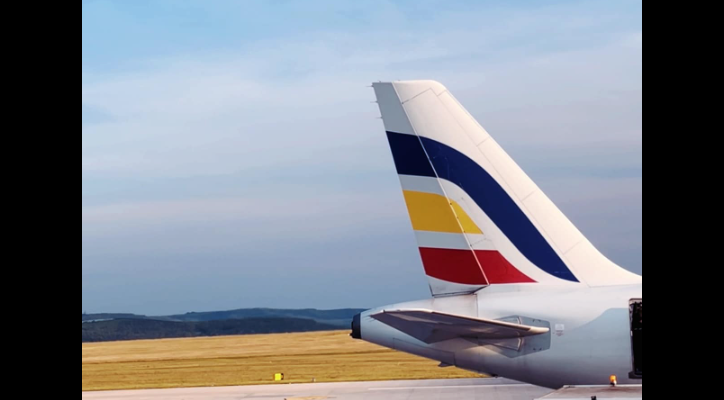 AN Air Moldova flight was forced to divert after a serious medical emergency was declared on board on Tuesday, November 8.

Air Moldova announced that its Chisinau-Tbilisi flight was forced to make an emergency landing in Turkey’s Istanbul today (November 8) following a serious medical emergency after “one of the passengers showed no signs of life.”

“Today, the Air Moldova aircraft operating the return flight from TBILISI to CHIȘINĂU landed in an emergency at Istanbul airport,” the airline wrote on Facebook.

“During the flight, the crew discovered that one of the passengers showed no signs of life.”

It added: “The flight attendants acted promptly in accordance with first aid regulations, but attempts to resuscitate the passenger appeared to be unsuccessful.

“During resuscitation the cabin crew applied all available methods of resuscitation, both oxygen mask and CPR exercises were used.”

According to Air Moldova, the aircraft captain and crew assumed responsibility for making the emergency landing at the nearest airport.

“Thanks to our colleagues in the OCC- Operations Management department, the emergency landing in Istanbul was possible,” it continued.

“On arrival, the passenger was assisted by doctors who noted the passenger’s improved health and provided him with appropriate medical care.”

It added: “The medical team confirmed the importance and effective outcome of the crew’s actions.

“All passengers were transported to Chisinau safely in a short time. The passenger concerned is well and out of danger.

“The Air Moldova team would like to thank and take pride in their colleagues who showed professionalism and preparedness in dealing with the emergency situation.”

The news of the scary incident comes after a ‘medical emergency’ occurred on a flight from Spain’s Jerez Airport to London Stansted in the UK.

On Monday, July 11, Ryanair cabin crew were praised for the way dealt the situation.

One person wrote on Twitter at the time: “Kudos to the @Ryanair cabin crew and fellow passengers on today’s flight from Jerez to Stansted for looking after the gentleman with a medical emergency…wishing him a speedy recovery #teamwork.”

The flight was diverted to Bordeaux, France.