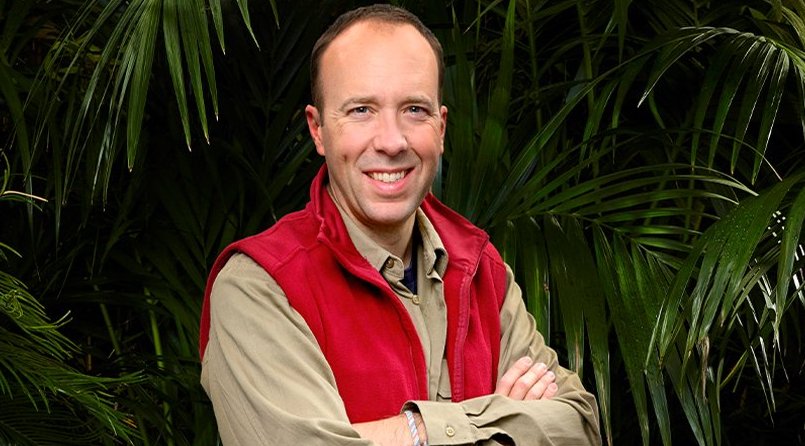 MATT Hancock ‘doesn’t expect to return to UK government’ after I’m a Celebrity, according to reports.

The news of Mr Hancock’s appearance in the ITV reality programme has received criticism from his Conservative colleagues, including new prime minister Rishi Sunak.

Mr Sunak said this week broke his silence to say he was “very disappointed” with the West Suffolk MP, who also lost his Tory whip after news broke of his plans.

The former health secretary is poised to join the rest of the campmates on tonight’s episode along with Seann Walsh, both of whom are late arrivals.

Speaking ahead of his arrival in camp, he said: “I don’t expect to serve in Government again but there are lots of ways you can communicate and engage with people,” reports Breakingnews.ie.

“When I got approached to take part, I did think long and hard about it but one of the reasons that I felt able to say yes was because the IAC team have put in place a system so I can be reached at any point on any urgent constituency matters.

Matt Hancock's attempt at laughter is almost as convincing as his attempt at tears. pic.twitter.com/DeqBfGQaGh

“Lots of people have a view on me from being health secretary in the pandemic dealing with some very difficult issues, but that’s not the whole story.

“I am looking forward to throwing myself into it all like I do everything in life. You can’t hide anything in the jungle, you see somebody warts and all.”

Mr Hancock revealed that the reason he decided to take part in the series, which is presented by Ant and Dec, is to engage with those who are not already taking an active interest in politics.

He said:“ There are lots of different ways to communicate with the public and we [politicians] are wrong if we think you can only do that on the traditional political shows where you are mainly only talking to people who take an active interest in politics.

“It’s important we engage with everyone, including young people, in who our politicians are and this programme is a good way to do that. I am looking forward to it.”