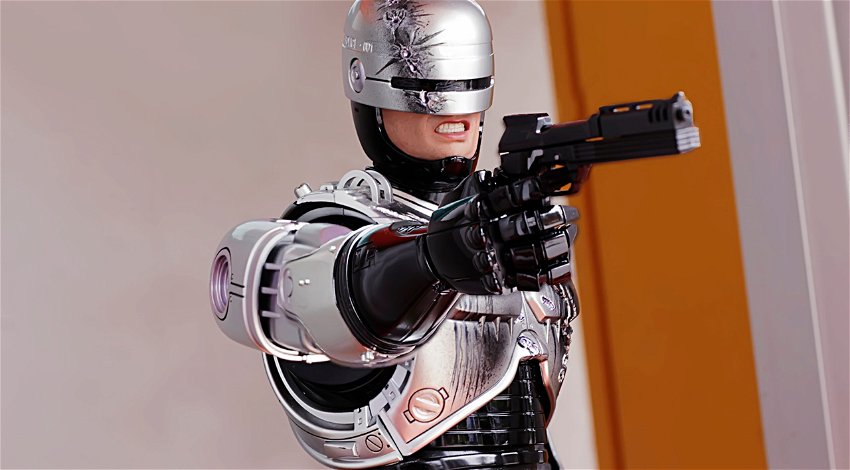 RUSSIA is apparently testing RoboCop-style combat suits for its army to use in its war against Ukraine.

This comes after reports that Vladimir Putin’s flagging fighters are struggling with morale due to equipment shortages.

The robotic suit, which looks similar to that worn by Officer Alex James Murphy, aka RoboCop, in the 1987 movie, will offer increased protection to soldiers due to the battery-powered, high-tech shell, which offers its wearer super strength and the ability to run faster for longer.

About 50 suits will soon be tested on the battlefield by Russian soldiers, says Maxim Skokov, the CEO of Russia’s Ekzo Solutions.

Skokov told Russia’s RIA Novosti news agency: “Artillerymen are interested in exoskeletons to ease the weight of shells during loading.

“We are going to hold tests at a training ground in November or December, with a potential customer testing the effectiveness of our equipment in practice.

“Today we make about 50 exoskeletons per month, but if necessary, we will be able to quickly increase production.”

The Sun reports that Skokov’s company had been approached by “special agencies” looking to test its equipment on the battlefield – likely referring to Russia’s intelligence services or mercenary groups.

The company already builds relatively affordable partial exoskeletons and harnesses for industrial use.

The exo-suits, which have been in production in Russia for years, have allegedly proven “very affective” in operations in Syria, with scientists hoping to perfect the design by 2025.

“Apart from increasing the capabilities of a soldier, it increases the combat potential of an entire unit,” it told Russian state media organisation Sputnik.

“The tactical use experience speaks to that as well. There are sappers units equipped with passive exoskeletons operating in Syria.”