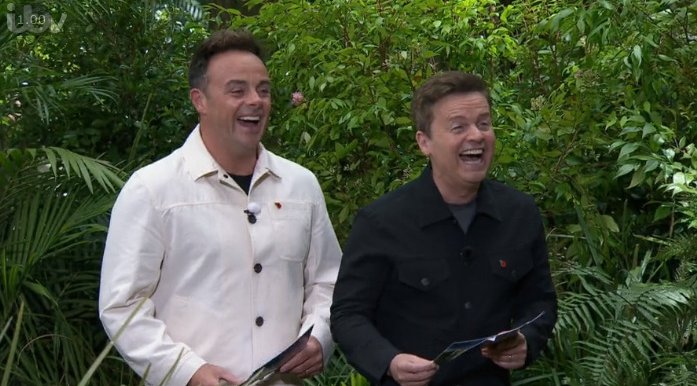 Ant and Dec's subtle I'm a Celebrity dig at Matt Hancock you may have missed. Credit: ITV.

I’M a Celebrity viewers know that presenters Ant and Dec never shy away from making the occasional dig at the campmates.

And Wednesday night’s episode was no different as Matt Hancock, aged 44, finally entered the Australian jungle.

His appearance has created a lot of controversy due to the fact he is a sitting MP – Mr Hancock lost his Tory whip upon the announcement that he was to participate in the show.

Additionally, disgruntled viewers affected by Covid lockdown restrictions, only to find out that Mr Hancock broke his own rules, have not held back their disgust at his decision to participate.

Equally, members of the camp, including ITV News journalist Charlene White, asked him directly why he thought that going on the reality show would be a good idea, and his reason raised a few eyebrows.

With this in mind, who better than And and Dec to bring a bit of banter to the table?

Fans of the ITV show saw the former health secretary and fellow newcomer Seann Walsh develop a bit of a bromance after hitting it off.

The pair met ahead of taking part in a Bushtucker trial Beastly Burrows, which involved them going into a dark tunnel to find stars. They weren’t alone of course – there were creepy crawlies aplenty to accompany them on their quest.

Before they began the trial, which started with Matt going down a slide into a dark pit, followed by Seann, Ant and Dec made a subtle jibe at the politician.

Dec said: “You’ll both enter the underground burrow which is made up of a series of tunnels and chambers.

“You must work together to find the stars that are hidden throughout.

“However, like most moles, you will be completely blind. It is pitch black down there.”

“This is a Bushtucker trial, expect the unexpected,” added Ant. “There will be a few surprises along the way.”

Matt enquired as to whether they had to go head first down the slide, to which Dec said yes.

“How are you with slides?” Asked Ant.

To which Seann replied: “It’s what’s at the bottom of the slide that’s the problem.”

As if to offer some comfort, Matt said that he will be down there, to which Ant swiped: “That is the problem.”

They fell about laughing, including Matt, who took the jibe gracefully.