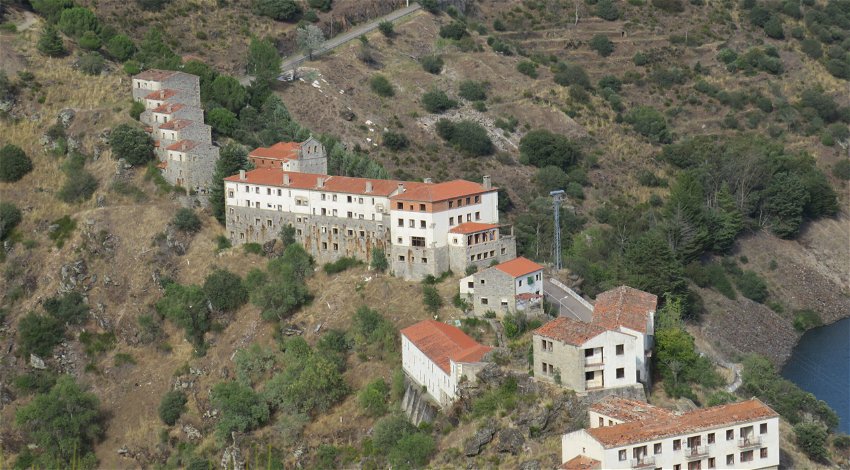 Buy an entire Spanish VILLAGE with 44 homes and a hotel for just €260,000. Credit: Wikimedia Commons.

LET’S face it, most of us have probably dreamt of owning a villa somewhere in Spain – some of you may already own one.

But imagine owning a whole village for €260,000 – the same price as the average one-bedroom apartment in Madrid.

Now you can after the current owner of Salto de Castro, found in north-western Spain, has put it up for sale.

The village – built over 65,000 square feet along the hilltops in the province of Zamora, near Spain’s border with Portugal – boasts 44 homes, a hotel, a church, and a swimming pool.

Sound good so far? Well, there is a catch – Salto de Castro has been abandoned for more than three decades.

The village’s current owner had intended to turn it into a tourist attraction after purchasing it in 2000 from Spanish renewable energy company Iberdrola.

But sadly due to economic instability from the eurozone crisis, he was unable to afford to transform Salto de Castro into a holiday resort.

The unidentified owner is now in his 80s and wants to pass on his dream to a new owner.

Ronnie Rodríguez, who works for Royal Invest – the company representing the owner, told BBC News: “The owner had the dream of having a hotel here but it was all put on hold. He would still like the project to come true.”

Salto de Castro is currently listed on Idealista, with the owner saying: “I am selling because I am an urban-dweller and cannot maintain the upkeep” of the village.

The village has already attracted a lot of interest, with more than 50,000 views since it was listed a week ago at this price.

There have also been 300 expressions of interest to buy, with inquiries from Russia, France, Belgium and the UK, Mr Rodríguez said. One potential buyer has already put money down to reserve it.

But while the village has a modest asking price, you’ll need deep pockets to take on this project.

According to Idealista: “The investment required in order to make the village 100% workable and to become profitable would not exceed €2m.”