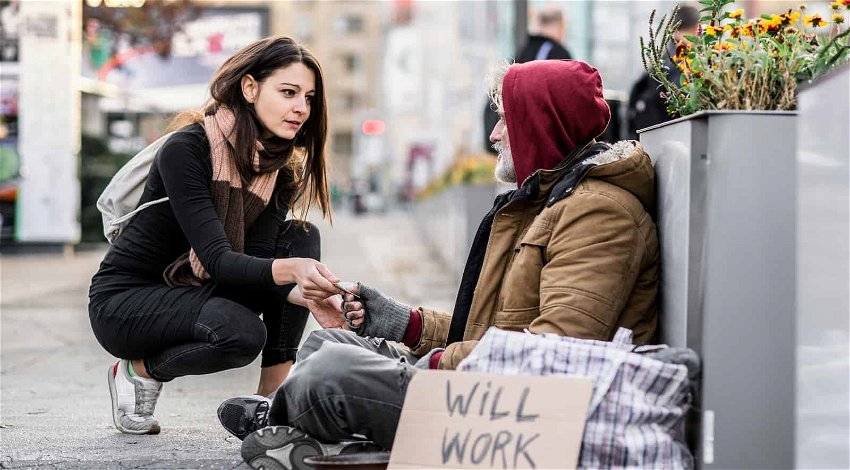 “Greater love hath no man than this, that he lay down his life for his friends”. It is not clear to me whether it means to die for them or to devote one´s life to them. And does it include strangers and family, or simply friends? And did Jesus go further and lay down his life (die) for his enemies? Or did he perceive those torturing and humiliating him as friends? Either way, this is all about sacrifice and charity.

The virtues of charity and sacrifice are closely related.

Most of us will be touched by the appalling loss and suffering caused by humans and by nature that are constantly besetting the world today. Through the media we saw the floods in Pakistan and, for various reasons, we wanted to help. So we might donate €50 which can provide a food pack for one family.

What are the sacrifices? We have taken the trouble to think of the victims and to arrange the transfer of money to help them. Does the gift make any financial difference to us? Does it affect our aspirations? Perhaps no, but it shows that we care about the plight of others.

On the other hand we could donate €5´000 and consequently have to cancel a planned holiday or delay the purchase of a new car. Even that would not significantly affect our way of life, but it would make a lot of difference to flood victims or those suffering from the drought in Somalia.

A €50,000 gift that we cannot afford could mean we could forget the new car altogether or even have to move home. But imagine what €50,000 could do for an entire village.

There are also those who sacrifice more than money. They go out to deprived communities or poor countries and give their time to organising relief and distribution, setting up projects for the benefit of people they have never met.

As hundreds of thousands of immigrants crossed into Europe, many families in France, Germany and other countries welcomed them into their homes. For the benefit of complete strangers of an alien culture, they surrendered many comforts, conveniences and their privacy. The same is happening in England and elsewhere for refugees from Ukraine. This is an astonishing expression of charity.

Which brings us to Mother Teresa. Having left her native Albania, never to see her family again, she became a missionary, learned English and went to India where took her vows and learned Bengali in Calcutta. There, in the 1940s, she sensed a calling to serve the poor of India, prompted by suffering caused by famine followed by religious conflict in the city.

At great risk to her health, from leprosy, tuberculosis and AIDS, she dwelt among the poor and the sick, comforting the suffering and the dying for the rest of her days.

She lay down her life for her “friends”.