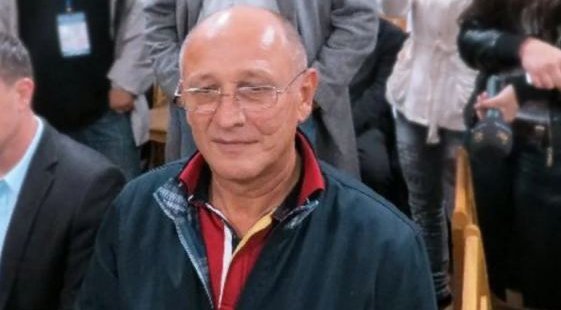 A FORMER MP of the Verkhovna Rada, the unicameral parliament of Ukraine, has died after reportedly being involved in a police chase in Simferopol, Crimea.

Former Verkhovna Rada MP Oleksiy Remenyuk, who had taken a pro-Russian stance after leaving his post in Ukraine, reportedly crashed his car and died after being chased by police in Crimea.

According to Russian media outlet MASH, Remenyuk was “driving his Range Rover in the evening from a mate’s birthday party.”

He was reportedly pulled over by police and was asked to take a breathalyser test, which apparently revealed that he was over the limit.

The news outlet said that it was while the 66-year-old was about to be handcuffed that he managed to break free and jumped back in his vehicle.

However, according to the report, as he drove off, one of the officers managed to grab onto the car door and was dragged along the road.

“A chase ensued, during which Remenyuk’s SUV veered into the oncoming traffic lane and crashed into a truck,” MASH wrote.

The former MP and his passenger both died at the scene.

Remenyuk was a member of the Verkhovna Rada of the third and fourth convocations (1998-2006).

The news of Remenyuk’s death comes after Kherson deputy head Kirill Stremousov was killed in a car accident.

On Wednesday, November 9, the head of the Kherson region Vladimir Saldo confirmed that Stremousov died in a car accident near Genicheskiy.

“It is very hard for me to say that Kirill Stremousov died today, he died in the territory of the Kherson region, moving in a car that got into an accident,” he said.