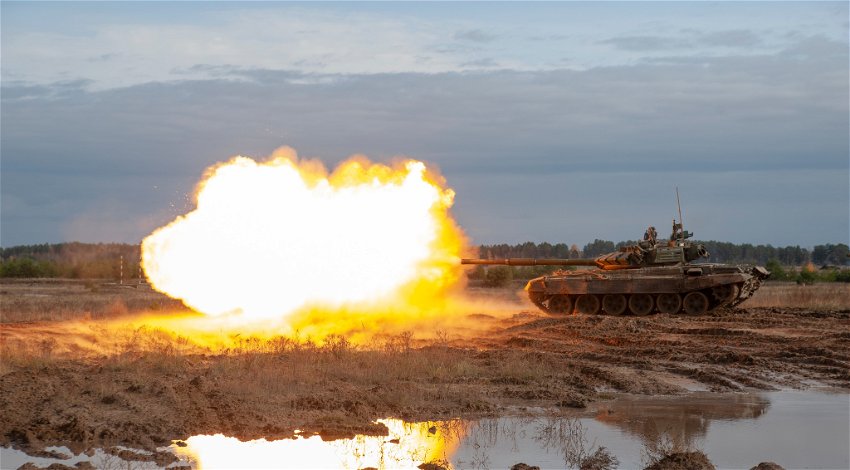 ON Thursday, November 10, Ukraine’s Ministry of Defence published updated figures of combat losses inflicted on Russian forces since the beginning of the war – with hundreds more soldiers losing their lives.

In the updated Russian combat losses, Ukraine’s MoD announced that around 740 more soldiers from Russia were reportedly killed by Ukrainian forces on Wednesday, November 9.

This takes the number of Russian soldiers killed during battles in Ukraine to 78,690.

Another 16 Armoured Personnel Carriers (APCs) from Russia were destroyed by Ukrainian forces, according to Ukraine’s military update on Russia’s combat losses since February 24.

The other significant increase in figures is the loss of three Russian artillery systems, which takes the number destroyed by the Ukrainian army to 1805.

The enemy suffered the greatest losses in the Lyman and Avdiivka directions.

Загальні бойові втрати противника з 24.02 по 10.11 орієнтовно склали / The total combat losses of the enemy from 24.02 to 10.11 were approximately pic.twitter.com/Bu9tQK0vXx

Russia suffered the biggest losses in the Lyman and Avdiivka directions on Wednesday, November 9.

A detailed breakdown shows that the loss of the 16 Russian APCs now means Ukraine has destroyed 5682 in total since the beginning of the conflict, while the destruction of 16 more Russian drones means that Putin’s army has now lost 1499 in total.

Ukraine’s destruction of three Russian tanks means that Russia has lost 2804 in total.

The news of Russia’s combat losses comes after Putin’s troops were forced to retreat from Ukraine’s Kherson on November 9.

Russian troops withdrew from positions west of the Dnipro River around the city of Kherson.

Surovikin said that the “Russian army successfully countered attacks in the Kherson direction.

He added: “But up to 20 per cent of Ukrainian missiles hit facilities in the region.

“And more than 115,000 residents have been evacuated from Kherson and neighbouring areas.”

He said that the attacks on the Kakhovska hydroelectric power plant intensified and put civilians at risk.

The general also suggested that occupying defences along the left bank of the Dnieper and transferring the freed-up units would allow attacks in other directions.