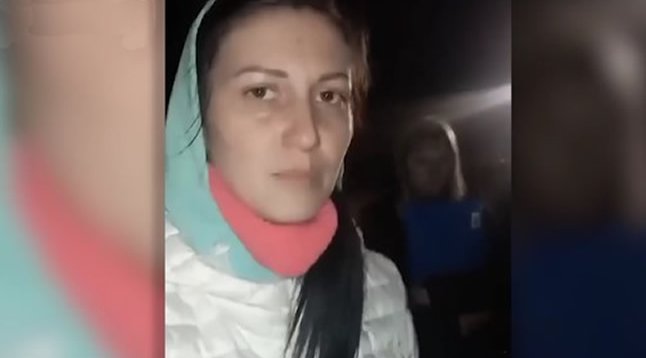 Image of one of the Russian wives threatening to drive to Ukraine. Credit: Telegram Можем объяснить

A group of more than 20 wives in Russia has threatened to hitch rides to go and collect their draftee husbands from the Ukrainian front lines.

As seen in a video posted on Telegram today, Thursday, November 10, a group of more than 20 Russian women have confronted the military leadership in the city of Belgorod, threatening to drive to the Ukrainian front lines and rescue their draftee husbands.

The desperate women are from the regions of Voronezh and Kursk, according to the independent news outlet Mozhem Obyasnit. They reportedly travelled to confront officials at the base from which their husbands were deployed to fight.

One woman from the city of Valuyki was quoted as saying: “We’re stopping the cars that go through the guard post. We’re tearfully asking them to give us cars to pull our guys out of there. We told them one thing – if they don’t come out and help us, then we, including a pregnant girl, will go to the frontline. If they won’t help our guys, then we will. We’re going to get our husbands, there’s no other way”.

This protest by the wives of men drafted to fight in Ukraine is another to add to a long list of angry demonstrations against Vladimir Putin’s recent military draft. The Rusian President has been accused of knowingly sending men into battle to die, undertrained and poorly equipped.

The sister of one of the draftees told Mozhem Obyashnit: “They sent them to the frontline and tossed them like meat”. After the rest of their squadron was almost entirely decimated, around 30 survivors from the original 200 are believed to be hiding out in a forest in the Luhansk region of Ukraine, without any uniforms or commanding officers.

Roman Starovoit, the Governor of Kursk Oblast, has allegedly gone to Moscow to meet with Vladimir Putin, in the hope of persuading him to return the men from the front line, as reported by uk.news.yahoo.com.

According to a Telegram report on the Verstka channel, official Russian Defence Ministry documents have listed the men as absconding from their barracks in Kursk and declared them to be ‘deserters’. Family members though have accused the military of completely throwing them under the bus and claimed that their men were killed not only by Ukrainians but also by their own military.