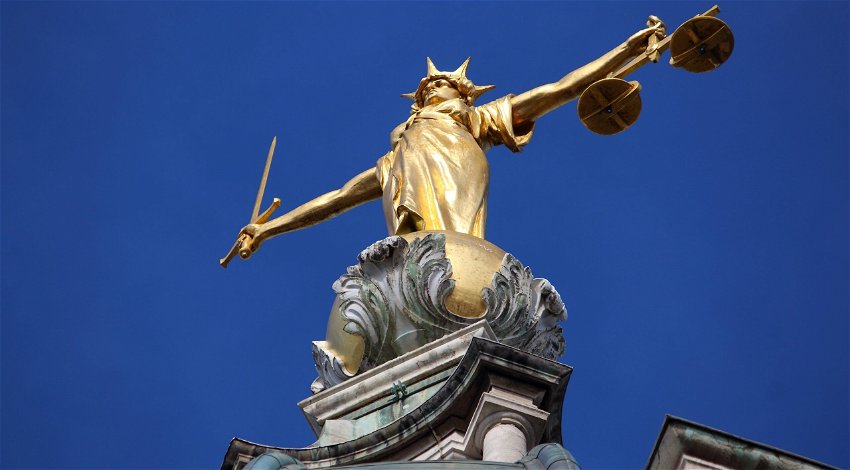 Police slammed by family for failing to find dad's body at his own home following mystery death. Credit: Tupungato/Shutterstock.com.

THE family of a dad whose body was not found by police after a mysterious death has criticised them for “not taking his disappearance seriously”.

Danny James Clarke was found in a spare room in his own home that he shared with his mother, despite officers previously searching the property twice.

The 37-year-old’s body was eventually discovered on the third search behind furniture at the far end of a box room, reports the Derby Telegraph.

The first two house visits by officers were on March 16, and April 4. Mr Clarke’s body was finally found on April 9.

Mr Clarke, who was well known in his community, left behind a young daughter.

Speaking after an inquest into his death, Mr Clarke’s siblings, Jack and Jodie, paid tribute to him but also spoke of their anger at what they perceived as a limited police investigation.

They say they will now take legal advice to see if anything had been missed by police during their enquiries.

Jodie, aged 37, said: “From the first day, the police never took it seriously. He was missing for weeks and weeks before they even bothered to start investigating anything. They just didn’t seem bothered, it was only when he didn’t take money from his account, that’s when they decided to chip in and by that time we had already searched half of Derby and put posters up.

“Every time we got any sign of him, we were there. They didn’t investigate anyone, they found him and that was it. There was no help whatsoever. When the police told us they had been in the house and searched it, we had no reason to go in and look ourselves.

“Danny was at a time in his life when he was going down a rough road. He had lost a lot of weight and was struggling to walk up and down the stairs, yet somehow he got over all of the furniture in that room and got himself under the mattress at the end of the room, and police haven’t found that suspicious.

“There is no physical way that Danny would have been able to get over that on his own, and we don’t understand why he would have done it.”

Jack, aged 28, added that the family has been left with a lot of “unanswered questions” and they do not believe that the police “did a thorough investigation, to the best of their abilities”.

“I don’t think the police have done enough. I feel they should have taken more into account, and should have read more into what they heard and statements they took,” he said.

A court heard from Detective Sergeant Simon Rogers, of Derbyshire police, who said that Mr Clarke was reported missing by his brother’s partner at 7.08pm on March 15.

He told the court that two officers attended, but due to them being dispatched to other incidents, the normal protocols – a search of the address and a 300-metre perimeter search – was not fully completed until the next morning

An officer conducted a search of the dark “cubby room” on March 16,  but they did not look over the mattress, behind which Mr Clarke’s body was later found.

DS Rogers said: “The officer [who searched the room] said he was satisfied that the room was in such a state that he did not believe anyone was in there.”

Dr Michael Biggs, the forensic pathologist, told the court that after conducting a post-mortem examination, he noted a medical cause of death as unascertained, due to there being no conclusive evidence of any natural, toxicological or traumatic causes of death.

He added that he believed that Mr Clarke’s body had been there for days, rather than hours, although there was no way for him to be certain.

Dr Biggs said that he was not injured to death and there was no evidence of traumatic injury, and tests showed there were no abnormally high levels of drugs or alcohol which could have led to Mr Clarke’s death.

He added that while he could not rule out positional asphyxia, which is when a person dies from struggling to breathe because of being in a certain position, he could not confirm it either.

Coronor Miss Evans returned a narrative conclusion, saying: “Having seen photos of the box room, I do have sympathy with the decision not to search the room at the time.

“I welcome the evidence that the police have taken learning from Danny’s death and would now search the box room or at least note that they had not searched the box room.”