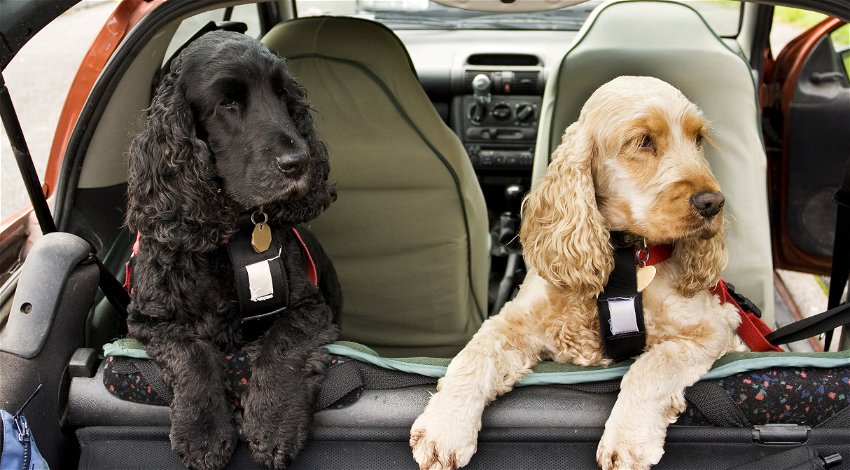 A FLIGHT attendant claims that she sleeps in her car with two dogs because she can’t find accommodation for them and her NINE other animals.

Grisselle Crovetto spent her life between the cities of Madrid and Malaga when she was working and resting respectively.

In the capital, she stayed in a friend’s home, while on the coast she rented a home that she shared with her seven cats and four dogs.

But today, with an ERTE that has just ended – Spain’s temporary employment regulation scheme – she lives in her car parked at a gas station in Manilva, reports Niusdiario.

She claims that after a long trip, she was unable to enter the Malaga property, and says she has reported it to the Civil Guard.

“I was still paying the real estate agent and I had a contract,” says Grisselle.

But while being effectively homeless is a scary prospect, for Grisselle, her main concern is her animals – all 11 of them.

She has since managed to find a shelter for all her cats, and one of her dogs, Dobby, is in a foster home. Barbie and Lightning sleep with her in the car.

“Until I find a place where they can be, I can’t leave them alone,” she explains.

Heartbreakingly, she says her other pooch Samantha ran away when they became homeless. Grisselle says she has been spotted by neighbours prowling around her old home, but as yet she has been unable to find her.

Grisselle parks her car at a petrol station, spending her day driving around looking for shade for her animals.

“I try to keep the dogs out of the sun,” she explains.

To freshen up she says she either uses the petrol station facilities or if she’s lucky, she gets to have a proper shower in the home of a local woman who has taken pity on her.

“Sleeping in the car is hard enough, but at least I’m not alone.”

Dobby sleeps in the passenger seat, Barbie in the back of the car, and Grisselle rests in the driver’s seat. “I’m not afraid because I’m with them,” she says.

The petrol station is effectively her “home” – it is also the place she has breakfast, while the nearby laundry place is where she cleans her clothes.

“In thirty years that I have been in Spain, I have never seen myself like this,” confesses Griselle.

She is desperate to find a home but says that with all her animals and a lower budget, it is proving impossible.

She says her previous home was €500 per month. , but since the end of ERTE and after several months without flying, her budget is lower.

“Flight attendants don’t earn if we don’t fly, the salary is based on the per diems of the flights,” says Griselle.

The stewardess is hoping to fly again in December, which she hopes will allow her to afford a home for herself and her animals.