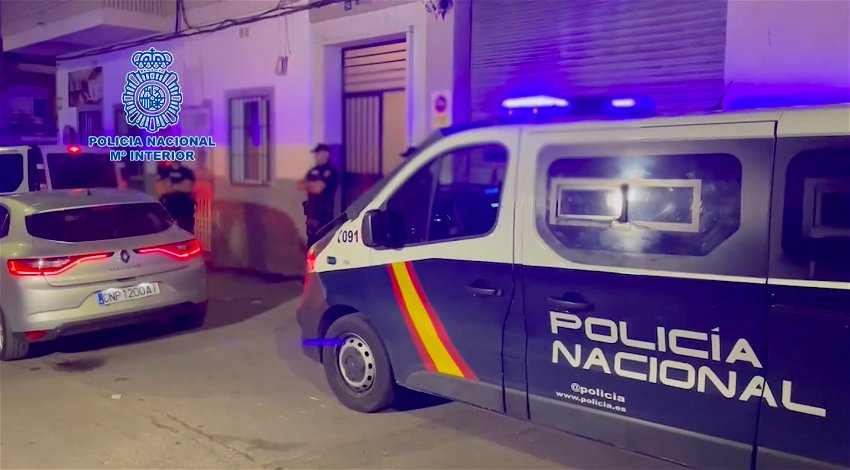 Jihadist who 'wanted to martyr himself on Remembrance Day' arrested in Murcia. Credit: Policia Nacional/Twitter.

The National Police in Spain say they have detailed a jihadist in Murcia who planned to martyr himself today, on Remembrance Day.

The detainee, who allegedly consumed “violent and propaganda material of a jihadist nature”, had also “expressed his desire to die as a martyr” today, November 11, 2022.

Agents of the National Police arrested an individual in the town of Blanca for his alleged participation in the crimes of collaboration with a terrorist organisation and terrorist self-indoctrination.

From his home, he consumed and shared “extremely radical” material and possessed a huge amount of jihadist propaganda.

The operation began due to a collaboration with the Direction Générale de la Surveillance du Territoire (DGST) of Morocco, which alerted the National Police about the presence of a “highly radicalised” individual in Spain.

Specialist officers trained in jihadism began their investigative work, monitoring the detainee and verifying the criminal activity that he carried out mainly in the virtual field.

The now suspect “continuously consumed and shared a large amount of material with extreme jihadist content on his social networks”, police say.

After the appropriate investigation, it was found that he openly expressed his desire to become a martyr on Remembrance Day – the memorial day observed in Commonwealth member states since the end of the First World War to honour armed forces members who have died in the line of duty.

After his arrest, on Tuesday afternoon this week, an entry and search were carried out at his home, intervening electronic elements, telephone terminals, and documentation of great interest.

They are currently being analysed by experts and, according to the investigators, a large amount of information is being extracted including material with “radical jihadist content”.

Today, Friday, the suspect has been placed at the disposal of the head of the Central Court of Instruction number Five, ordering his admission to preventive detention.