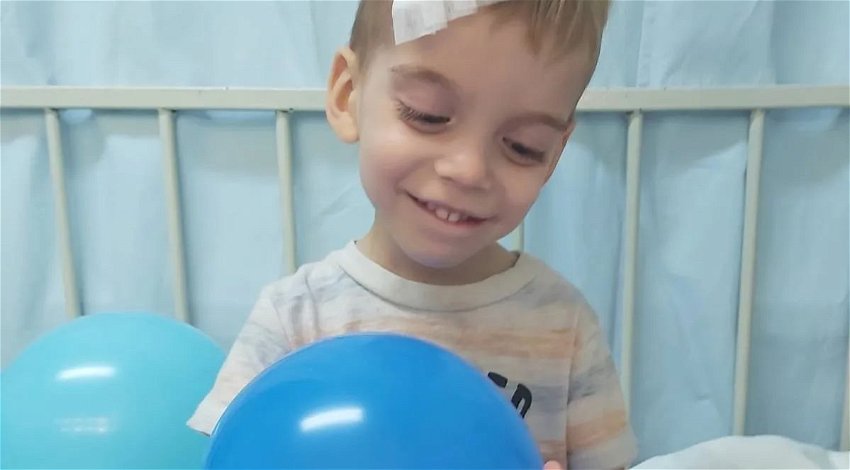 THE little boy who needed two life-saving operations should be released from hospital “within days”.

Oliver, two-and-a-half, melted the hearts of the nation after it was revealed he desperately needed surgery to remove a deadly brain tumour.

But he is not completely free of treatment – he will have to endure chemotherapy and proton radiation treatment, said his medical team in a press conference at the Sant Joan de Déu hospital.

“Yesterday we spoke for the first time with the family about discharge, given the good result,” explained José Hinojosa, head of the hospital’s Neurosurgery Service.

“There is no specific date, but it will be imminent, in approximately four or five days.”

Following the chemo, Oliver will receive an MRI, and then proton radiotherapy will be carried out in a center in Madrid, explained Dr. Ofelia Cruz, oncologist of the aforementioned hospital, reports El Confidencial.

Alejandro, who has been keeping followers of the story updated via social media updates, revealed that his brave son “is getting better every day” and is taking “small steps”.

“Every day he recovers more, he says a new word, a gesture, a look. Yesterday he took a few steps. He hadn’t walked since October,” he explained.

“We arrived with a very bad diagnosis and now we have a long way to go.”

Oliver underwent his second of two life-saving operations last week, where surgeons removed 90 per cent of the tumour.

This followed the first procedure where specialist doctors implanted a bypass valve to prevent the accumulation of fluid within the cavities of the brain.

The family, including mum Lena, originally from Malaga, flew to Barcelona last month after an anonymous donor paid €196,000 for a specialist air ambulance to make the trip from Mexico, where they now live.