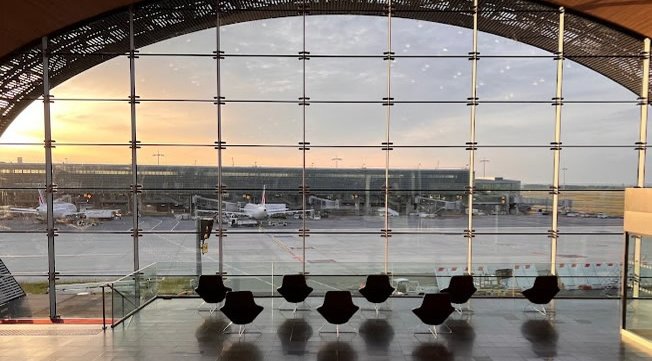 Mehran Karimi Nasseri, the Iranian political refugee who lived at Roissy-Charles de Gaulle airport in Paris for more than 18 years, died there on Saturday, November 12. “I can confirm that he died today at miday in terminal 2F of the airport, where he has been living for the past few weeks”, a source in the airport administration confirmed to TASS.

According to the source, all the 18 years that the man lived at the airport, he did not need to stay within the walls of the airport, he could safely go out, as he had refugee status and a residence permit in France.

Nasseri’s life at the airport inspired Hollywood director Steven Spielberg’s film, ‘The Terminal’. The same source explained to TASS that Nasseri had been back at the airport for a few weeks after spending the money he received for the film. Several thousand euros were allegedly found on his person.

“He was never locked in the boarding area for flights, contrary to the impression that the motion picture depicted. He was always in the public area on the side of the city and could go wherever he wanted. He was never left to the mercy of fate, he was taken care of by representatives of the airport services”, they explained.

Nasseri was mentally ill claimed the source, and believed that he allegedly still had problems with his documents, so again and again, he returned to his usual habitat.

According to French media, Nasseri was born in Iran in 1945. In 1977, for participating in protests against Shah Mohammed Reza, he was expelled from the country. He sought political asylum in various European countries until in 1981, he received the appropriate status in the United Nations Commission on Refugees in Belgium.

Nasseri’s mother was a British citizen, so in 1986, he decided to visit her in Glasgow, Scotland. From Belgium, he travelled to France to fly from there to the UK. At the railway station in Paris, a bag containing his documents was stolen from him.

Nasseri nevertheless boarded the plane and flew to London. At Heathrow airport, he was not allowed through passport control due to a lack of documentation and was sent back to Paris. Subsequently, he could not get out of Charles de Gaulle airport without the necessary documents. Thus began his long life in Terminal 1.

Eventually, in 1999, Nasseri obtained refugee status in France and a residence permit. He had become acquainted with the airport staff in Roissy and quickly became an emblematic figure in the facility. Numerous French and foreign television and radio reports covered his bizarre situation before his cinematic consecration.

In 2004, Tom Hanks played Nasseri in ‘The Terminal’ directed by Steven Spielberg, who transposed the story to New York’s John-Fitzgerald-Kennedy airport. After the film, Mehran Karimi Nasseri lived in a house in Paris. His story also inspired the 1994 film Tombes du Ciel by Philippe Lioret, as reported by gazeta.ru.