WATCH: Russian extreme sports motorcyclist plunges down a cliff to his death 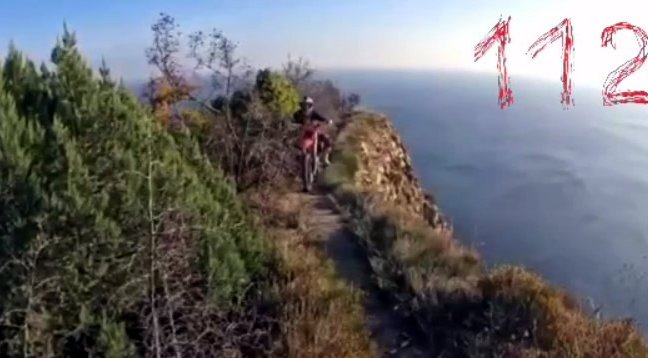 A tragic incident in the Krasnodar Territory of Russia saw an experienced extreme sports motorcyclist plunge to his death down a cliff.

According to a message posted on the VKontakte public account, ‘Accident and emergency in Novorossiysk’, on November 12, a 38-year-old motorcyclist Mikhail Blumenfeld died after falling from a cliff in the Krasnodar Territory of Russia. The incident was captured on video by his friends.

“Yesterday, in the Limanchik area in Abrau-Dyurso, a good guy, an enduro motorcyclist, fell off a cliff and crashed to death”, read the post. Mikhail was said to have been an accomplished rider and was a lover of extreme sports.

In another post on the 112 Telegram channel, a video shows Mikhail riding along a narrow cliff-top track in the Limanchik sports base in Abrau-Dyurso. He is seen to stop and look down, then he appeared to continue moving again. Suddenly, he overbalanced, fell off the motorcycle, and was seen tumbling down the cliff.

“A motorcyclist went off a cliff near the Limanchik recreation centre in Abrau-Dyurso. Mikhail Blumendelph died of his injuries before the ambulance arrived. According to preliminary reports, the motorcyclist failed to control the vehicle”, read the post.

The press service of the Main Directorate of the Ministry of Internal Affairs for the Krasnodar Territory told the Kommersant-Kuban publication that an investigation was scheduled into the incident to establish all the circumstances of the tragedy.

It was confirmed that Mikhail Blumenfeld died on the spot from his injuries. He left behind a wife and two children. In sports circles, Blumenfeld was well known and often participated in various motorsport competitions, in which he was a regular prize-winner.

Yulia Blumenfeld, the widow of the deceased, told Gazeta.Ru that Mikhail was an experienced motorcyclist and loved extreme sports.

“He had been doing this sport since he was 14 years old. Yes, he was very fond of extreme sports, had a lot of experience, and knew how to ride very well. How did it happen? He had a motorcycle team with him, to be honest, I don’t know all of them. He was purposeful, cheerful, responsible”, she said, as reported by gazeta.ru.