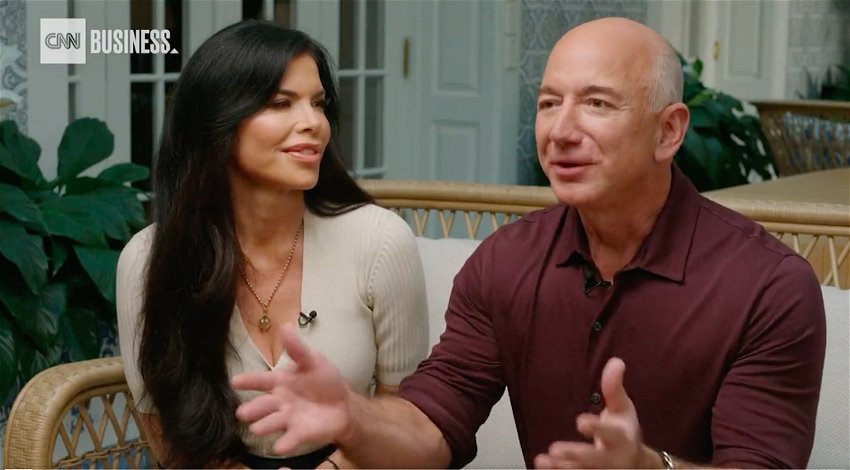 Amazon founder Jeff Bezos to give away his £105billion fortune but 'it won't be easy'. Credit: CNN/Twitter.

AMAZON founder Jeff Bezos says he plans to give away his entire €120 billion fortune during his lifetime.

The former world’s richest man says he wants to give most of it away to charities that can ‘fight climate change’.

In an interview with CNN, Bezos says he wants to devote the bulk of his wealth to “supporting people who can unify humanity in the face of deep social and political divisions”.

His grand gesture did not come with any specifics of how this will be done, however.

Bezos has previously been criticised for not signing the Giving Pledge, which sees the world’s richest people pledging to donate the majority of their wealth to charitable causes.

Asked directly by CNN whether he intends to donate the majority of his wealth within his lifetime, Bezos said: “Yeah, I do.”

Exclusive: Jeff Bezos tells CNN that he'll give away the majority of his $124 billion net worth during his lifetime, the first time he's made such a promise. https://t.co/br4nQKVR3n pic.twitter.com/puR4MFOAAo

The world’s fourth wealthiest billionaire, behind Elon Musk, Bernard Arnault, and Gautam Adani, conducted the interview with his partner Lauren Sánchez, saying of his promise: “The hard part is figuring out how to do it in a levered way.”

He continued: “It’s not easy. Building Amazon was not easy. It took a lot of hard work, a bunch of very smart teammates, hard-working teammates, and I’m finding – and I think Lauren is finding the same thing – that charity, philanthropy, is very similar.”

Following their divorce in 2019, Bezos’ ex-wife MacKenzie Scott became one of the world’s biggest philanthropists in 2020 when she donated more than $5.8bn to charities, then gave away an additional $2.7bn just a year later.