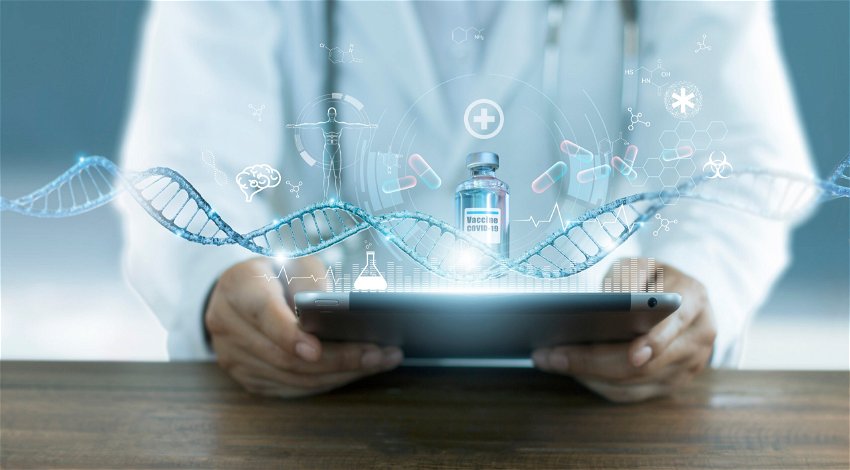 AN outspoken Australian politician against the Covid vaccines has attributed the newer mRNA vaccines, which include ‘gene technology’, to higher death rates in Australia.

Member of the Australian House of Representatives, Russell Broadbent, has blasted ‘gene technology’ vaccines for higher death rates in the country, as reported on Monday, November 14.

“I’ve never hidden the fact that I seek advice about my health and well-being from a number of different health practitioners,” he said.

“One of these people, an associate professor, contacted me last week regarding the increase in excess deaths recorded in Australia and around the world over the past 12 to 18 months.”

“One must consider all possibilities for the cause of the excess deaths, and surely that includes looking at what changes have occurred over the past 2-3 years that might be causative factors?

“These include the coronavirus itself and the implementation of experimental gene technologies.

“The latter must surely be suspected as a causative agent given the lack of safety data when these ‘jabs’ were implemented, and the high number of deaths and adverse events logged on the TGA (Therapeutic Goods Administration) adverse events reporting system,” as reported by sgst.com.au.

Excess deaths have risen in the first seven months of 2022 according to the Australian Bureau of Statistics (ABS)  – a rise of 17.3 per cent.

Broadbent continued: “More and more information is coming out about the lack of safety data of this treatment prior to it being pushed on the population worldwide.

“Anecdotally we know of the pressure applied to doctors and nurses here in Australia to NOT speak out against the narrative.”

He added: “I am disturbed that there is no mention in the mainstream media of the possibility that these jabs could be a causative agent, as in medicine, and in public health, one must be open to all possibilities, particularly when the time course of events and timing of adverse outcomes raises red flags.

“What appears to be missing is an open and frank scientific analysis to determine the most likely cause of excess deaths in Australia, one that considers the possibility that the experimental gene technologies have contributed.

“The TGA in my opinion is not fit to lead such an inquiry, as it probably needs to be the subject of another independent inquiry into its actions in the last three years. Especially as it banned the use of the highly effective, repurposed medicine Ivermectin, resulting in unnecessary hospitalisations and deaths.

“It is time for the silencing of doctors, nurses, scientists and others with knowledge about health to stop. It is time to investigate whether the covid ‘vaccines’ have contributed to excess deaths.”

“My medical colleagues who have been close to the front line of care/treatment during the pandemic are in absolutely no doubt that this vaccine treatment is harming and killing people. Ten per cent of the 17 per cent excess deaths are being put down to ‘unexplained deaths’,” he said.

“International groups of medical specialists are attributing most of these excess deaths to the synthetic mRNA gene technologies. This is the proverbial elephant in the room.”

On November 9, the Australian Technical Advisory Group on Immunisation (ATAGI) and the Cardiac Society of Australia and New Zealand (CSANZ) updated their guidance regarding myocarditis and pericarditis following the Covid vaccines, stating at the time: “The overwhelming benefits of vaccination in protecting against COVID-19 greatly outweigh the rare risk of myocarditis and/or pericarditis.”

This came days after Sweden paused the issuing of the Nuvaxoid Covid vaccine to under 30s due to increased risks of myocarditis and pericarditis.

As previously reported, excess deaths have been linked to high temperatures in other countries with no mention to the vaccines as Broadbent mentions.

On Thursday, October 27, it was reported that the number of excess deaths attributable to high temperatures in Spain this summer had almost tripled in the Valencia Region.

An expert told Levante-EMV at the time that general deaths rose due to “deaths involving Covid, delays in diagnosis caused by the pandemic and climate change.”

In fact, on October 17, it was reported that excess mortality of 32,058 people in Spain was registered from January 1 to September 31, 2022 – which equated to 117 per day who died from a cause unknown.

Also in October, it was reported that excess deaths during the UK summer rose due to “high temperatures” which is said to cause “premature deaths”.