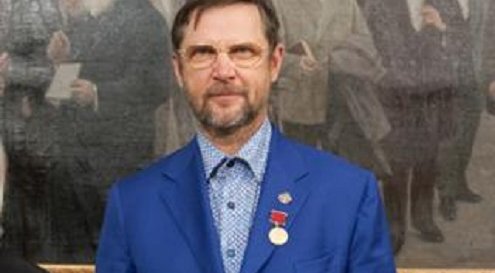 Putin’s personal masseur is said to be on the run after he fled the country back in June.

According to reports on Monday, November 14 Konstantin Goloshchapov, 67, crossed the border from Russia into Belarus after receiving a tip that he was to be investigated over allegations of embezzlement.

Those allegations proved true with Goloshchapov’s companies raided days later as a probe was launched into his and his companies’ affairs.

That was followed by the mysterious death of his son just days later according to Russian media, who have only just broken the story despite the events having taken place months ago. The death of Dmitry is under investigation but information is scant although he is said to have been in a relationship with wealthy Yana Mardina, 33 at the time.

Billionaire Goloshchapov was once very closely linked with the Kremlin and is said to know many of Putin’s secrets. His whereabouts are currently unknown but it is thought he could be in either Greece or Croatia as he holds passports for both countries.

Like many oligarchs, Goloshchapov became wealthy amid suspicions of business dealings linked to official structures in the Kremlin and his native St Petersburg. But there are many differing stories as to how he and Putin became close.

Among the stories are that Goloshchapov was a secret services ‘informer’ on icon smuggling with Putin his contact. Another is that they formed a strong male bond through judo and lastly that he helped Putin as a masseuse.

Goloshchapov is claimed to have masseuse skills and to use innovative methods that may have helped Putin overcome an acute back injury.

After Putin rose to power Goloshchapov is said to have been a frequent visitor to the Kremlin charging between $10,000 and $50,000 to promote his former clients to important positions in Putin’s administration.

A devout orthodox Christian, he is said to have had a ringside seat on Putin’s rapid rise in St Petersburg at a time when there were rumours of links to the Tambov mafia.

Goloshchapov, who is said to own property in Italy, Croatia and Finland, had in the past told investigative journalists to “stop being interested” in his links to Putin.

Like many other allies of Putin, he rose to power and massive wealth alongside the president, but like many others before him he has fallen from grace.

What the true story about Putin’s personal masseur is, only time will tell. What is clear is that he is not the first and won’t be the last to be investigated and accused of wrongdoing as Putin clings to power.