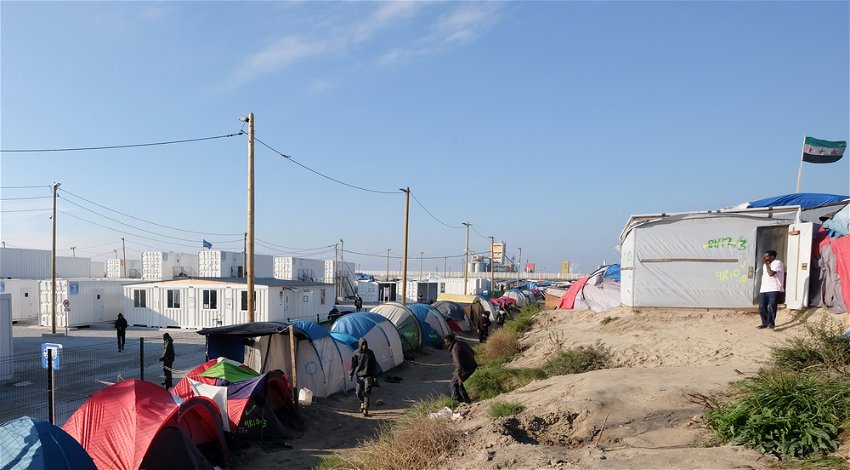 The mayor of Calais has blamed the UK for the migrant problem saying the country’s system is too appealing.

Speaking to Sky News on Tuesday, November 15 following the agreement of a new deal between France and the UK, Natacha Bouchart, said her town was being used to do “the dirty work” of the British government.

Echoing what many up and down the UK say, she criticised Britain for being too appealing to asylum seekers from around the world.

She added that while the numbers had gone up and down over the years, recently it had gone up enormously and was turning her town into a “prison.”

Locals are having to live with transient refugee camps and sporadic outbreaks of violence, as they are a growing number of police officers, as well as coastguard and border patrol vessels.

It has also placed locals in the awkward position of having to rescue migrants who regularly get into trouble in the rough seas. She also confirmed French police are not allowed to enter the water to rescue or stop migrants.

The mayor said one of the problems was in her view the lack of identity cards, which fuels a “black economy.” Without cards, migrants are also able to travel more freely and to access services. You just simply cannot do this in European nations without an identity card. She added.

“Calais should not be the border that protects Britain’s interests,” she said. “There will be more and more agreements in the future, but if the root of the problem isn’t dealt with then it won’t change.

“To prevent the flow of migrants, Britain must become less welcoming. And it won’t do that.”

Echoing the criticism of Tory MPs she said the agreement signed between the UK and France may improve the situation but it would not address fundamental difficulties.

Expressing a willingness to talk to the UK’s Home Secretary Suella Braverman, she said policy-makers “never come to talk to the Mayor of Calais, who is actually in charge here, day and night.”

That criticism extended to the UK’s failure to support Calais saying: “The British government has never, ever, ever given a single friendly gesture or co-operation on a project for the people of Calais. And that – well, I find that completely abnormal.”

Migration the Calais mayor said had destroyed the image of the city and the lives of residents, adding that she blamed the UK for its too appealing asylum system