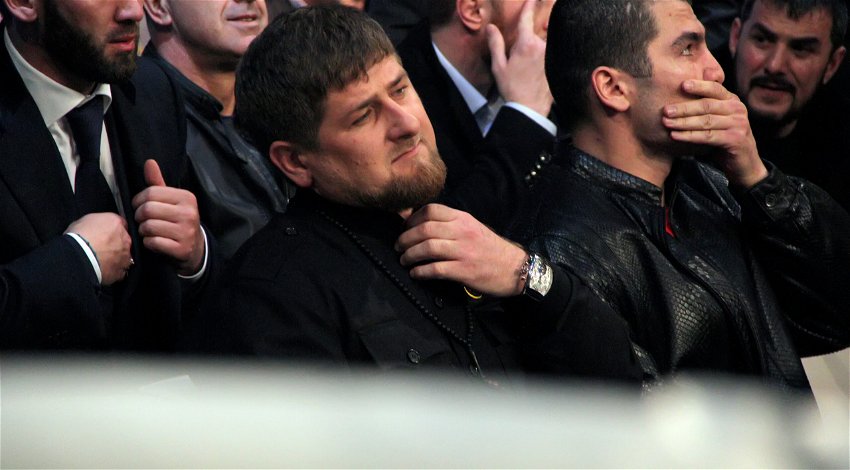 The Chechen rebel leader said: “I am sincerely glad that the fighters from the Chechen Republic have been coping superbly with the assigned tasks since the first days of the UAF.

“They have, among the allied forces, put up an indestructible wall that holds back the influx of Western European values, satanism and nationalism.”

He added: “Undoubtedly, this deserves sincere thanks.”

Speaking about the “special military operation in Donbas,” Kadyrov said that “the current situation in Ukraine is identical to the one in our country.

“Mercenaries from over 50 different countries have flooded into the republic and have been carrying out their criminal activities with impunity for a long time.”

He added: “Through the incredible efforts of the Chechen law enforcers it has been possible to bring peace back to our land and to root out any manifestations of terrorism.

“Nevertheless, we have to be ready for any contingency, as the Western rhetoric has not changed since then.”

He noted that since the beginning of the war in Ukraine, over 20 thousand Chechen fighters have fought, and more than 9 thousand of them are currently on the front line.

He said: “It is important to understand that weakening Russia and then taking it over is still a priority goal of the collective West.

“For this purpose, the NATO bloc has been created and large-scale anti-Russian propaganda has been launched.

“At the same time, non-traditional values are actively promoted in the masses, aimed at destroying the institution of the family, culture, religion and centuries-old traditions.”

Kadyrov also said that he had “instructed the leadership of the Interior Ministry’s subdivisions and heads of the district departments to take necessary measures to form reserves from those willing to work in the military structures and to organise relevant training for them.”

“This will allow me to swiftly replenish the ranks of the law enforcers with trained fighters if necessary,” he said.

Earlier, it was reported that Ukrainian intelligence believed Chechen and Wagner armies were only formed to suppress potential uprisings in Russia before being unleashed in Ukraine.