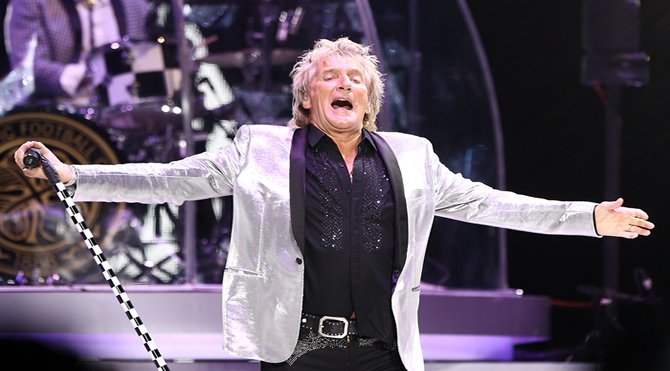 Veteran rocker Sir Rod Stewart revealed that he turned down a payday of $1million when asked to perform a concert in Qatar.

Veteran British rocker Sir Rod Stewart revealed on Sunday, November 13, that he turned down a massive payday of over $1million to perform a concert in Qatar. Speaking with the Sunday Times, he said: “I was actually offered a lot of money, over $1m, to play there 15 months ago”.

Rod explained that he turned the lucrative offer down point blank due to the Gulf state’s terrible record on human rights. “I turned it down. It’s not right to go. And the Iranians should be out too for supplying arms”, he added, referring to the country allegedly supplying drones to Russia in the Ukrainian conflict.

Homosexuality is banned in the Middle Eastern nation where the 2022 World Cup is due to kick off next Sunday 20. The massive football fan said he believed supporters travelling to attend matches in Qatar “have got to watch out”. Anybody found guilty of being gay in the country can end up being thrown in prison while Muslims can even receive the death sentence.

Back in 1976, the prolific songwriter composed the classic hit song ‘The Killing Of Georgie’, which topped the charts around the world. He wrote the song in memory of a gay friend who was murdered and released it at a time when the experiences of gay men were rarely discussed let alone played on mainstream radio.

The rock star famously once commented that he was ‘surrounded by gay men in the 70s’, and has long been considered a supporter of the LGBTQ+ community. To sing his hit as a protest at the opening ceremony of the World Cup next Sunday would have been ‘good’ he enthused.

There has been a huge backlash against stars or celebrities who are either promoting or attending the upcoming tournament. As an ambassador for Qatar 2022, football legend David Beckham is picking up a reputed £10m. This has caused a massive outcry against a person previously considered to support the gay community.