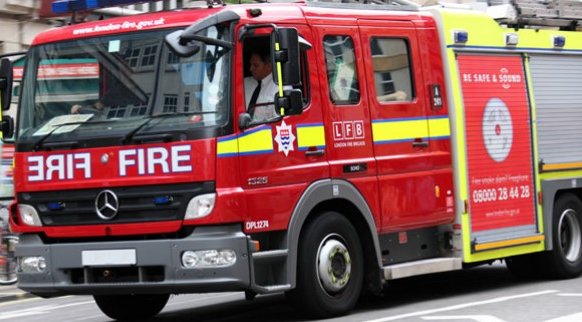 After Fire Brigades Union (FBU) members rejected what they called a ‘disgusting’ five per cent pay offer, a national firefighters strike has inched ever closer.

Strike action by UK firefighters moved one step closer on Monday, November 14, after the Fire Brigades Union (FBU) said its members voted overwhelmingly to reject the five per cent pay increase that was on offer to them.

Labelling the offer as ‘disgusting’, with a 78 per cent turnout, 79 per cent of firefighters voted against it. They argued that the pay rise would barely help support their families, with some reported to be relying on handouts from food banks.

WOW: FBU members have SMASHED the consultative ballot on the disgraceful 5% pay offer ✊✊✊

‘FBU members have spoken. The ball is in the employers’ and Government’s court. There is still an opportunity to resolve this dispute and we will be writing to Fire Ministers and Government departments across the UK requesting urgent meetings”, said Matt Wrack, the FBU general secretary.

He continued; “We have firefighters using foodbanks. Our members worked through the pandemic to help protect their communities, taking on extra duties to do so. A further real-terms pay cut is an absolutely disgusting way to thank them. Whilst strike action is always a last resort, our members simply can’t go on like this’.

It is expected that the next step by the FBU’s executive will be a ballot among members on potential strike action. In recent weeks, the country has already experienced a wave of industrial action being convened by key workers including postal workers, train drivers, nurses, and civil servants, as reported by dailymail.co.uk.

With Christmas on the horizon, around 300,000 nurses across the UK have been confirmed by the Royal College of Nursing (RCN) as going on strike. They are demanding better working conditions and an increase in pay of 17.6 per cent, compared to the 4 per cent offered to the by the Government. It is estimated that the subsequent disruption will affect around 100 hospitals across the country.