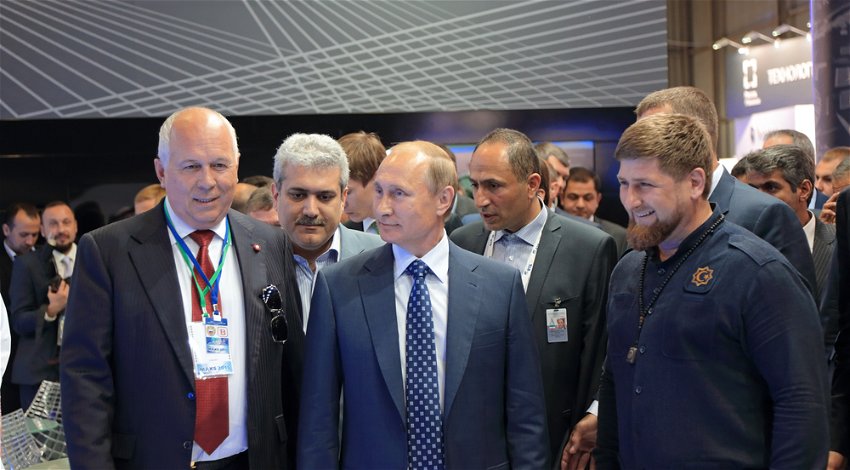 21:02 (November 16) – The Chechen leader wanted by Ukraine’s SBU has taunted them saying “they can’t find me.”

He has responded on social media saying: “The SBU can’t find me at all. The whole world knows that I am in the centre of Grozny, but the stupid Ukrainian Security Service has wanted me for the umpteenth time.

“I’ve said it before and I’ll say it again: name a place, SBU guys, and a time! There is no need to look for me. By the way, I was in Ukraine a couple of times before, and I didn’t see anyone bothering to find me.

“The methods of searching the Ukraine are probably only meant for searching the Internet, because my intelligence service informs me that the SBU is not going to and cannot take any real operational measures “on the ground” to establish my whereabouts – the electricity is regularly cut off and it is very hard to work in such conditions.

The main figurehead of the bunker grandfather, Dyron, says with its veneer mouth that he will come to any point designated by the SBU.

Just like when he drove to Kyiv in February-March and never made it. pic.twitter.com/y8DpsfKoT6

20:31 (November 16) – The Chechen Head Ramzan Kadyrov who was installed by the Russian government, is wanted by Ukraine’s security services SBU.

The declaration that Kadyrov is a wanted man was reported by TPYXA news agency on Wednesday, November 16.

Kadyrov is said to be a Colonel General in the Russian military and is the son of former Chechen President Akhmad Kadyrov. His father switched sides during the second Chechen war throwing his support behind Vladimir Putin.

That saw him being appointed to the role in 2003.

Kadyrov is known to rule through oppression and has been criticised on more than one occasion for his human rights abuses.

He is also known to have enriched himself and is no stranger to showing off both his opulence as well as his love for guns and the military.

It is understood that he is wanted in connection with the torture of Ukrainians in Kherson by his soldiers.

The Chechen head has taken to TV and social media channels to express his dislike of Ukrainians and to call for the head of Ukrainian President Volodomyr Zelenskyy.