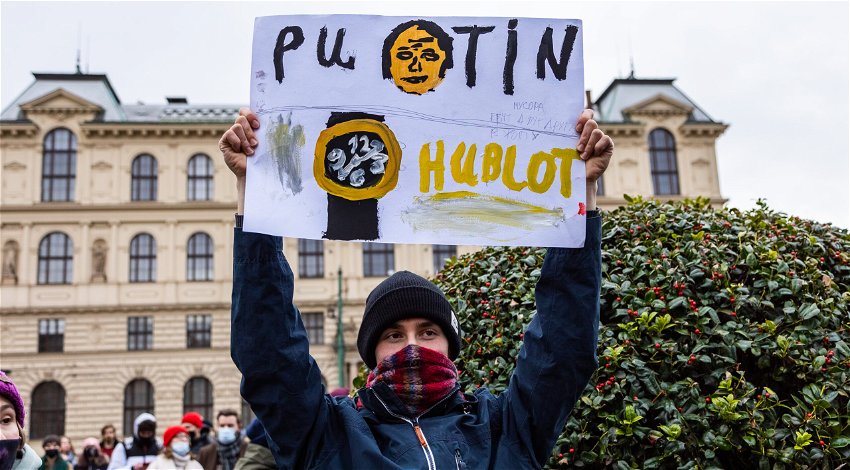 THE Czech Republic officially recognises Russia as a terrorist at the state level, the country’s parliament announced.

The Czech Republic’s Chamber of Deputies dubbed Russia a terrorist state under its current regime, in an announced made late on Tuesday, November 15.

“The MPs condemned, in particular, large-scale attacks on the Ukrainian civilian population and key energy infrastructure,” the announcement began.

“They do not even recognise the results of the so-called referendums on the annexation of four occupied regions in eastern Ukraine to Russia.”

129 of the 156 MPs present voted for the draft resolution, while all 14 legislators from the opposition SPD movement were against it.

“[Czech Republic] notes that these attacks cause extensive restrictions or stoppages of energy, water or heat supplies, endangering the civilian population.

“The shelling and deployment of military units in the area of ​​the Zaporizhzhia Nuclear Power Plant are a threat not only on the territory of Ukraine.

“Direct or indirect threats to use nuclear weapons, as well as false and unsubstantiated accusations of Ukraine planning to use weapons of mass destruction, are a dangerous escalation of tensions and a threat to pan-European security.”

“[Czech Republic] designates, in accordance with the resolution of the Parliamentary Assembly of the Council of Europe, the current Russian regime as a terrorist,” it added.

“[Czech Republic] does not recognise the results of the so-called referendums called by the Russian Federation on the sovereign territory of Ukraine in the Donetsk, Luhansk, Kherson and Zaporizhzhia regions, which aim to legitimize Russian aggression and annexation of Ukrainian territory.

“[Czech Republic] expresses support for the efforts of the Minister of Foreign Affairs to establish a special tribunal for the prosecution of crimes of aggression, as well as the investigation led by the International Criminal Court leading to the prosecution of war crimes and crimes against humanity, and further support and thanks to the government of the Czech Republic for the assistance it has provided to Ukraine so far, whether already humanitarian, economic, political, diplomatic or in the supply of military material.”

The Chamber of Deputies of the Parliament of the Czech Republic concluded by “[expressing] support and a big thank you to governors, mayors, firefighters, soldiers, policemen, paramedics and citizens for handling the whole situation and all the help.”