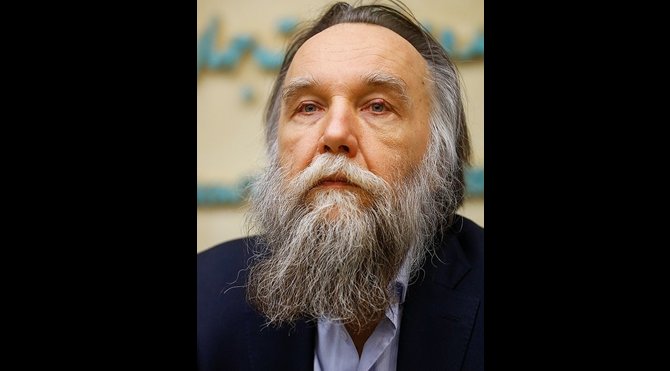 Without mentioning him by his name, Aleksandr Dugin clearly berated Vladimir Putin in a letter published on the Tsargrad website in Russia but now he has made a U-turn.

The Russian political philosopher, analyst, and strategist, Aleksandr Dugin had a letter published last Saturday, November 12, in which he basically called for the removal of Vladimir Putin.

Something – or somebody – clearly made him change his mind because, on Tuesday 15, Dugin took to Telegram where he made a complete U-turn, choosing to pledge his support to his leader. Any suggestion of disloyalty in his previous letter was obviously a plot by the West he insisted.

Dugin wrote: “The West has started to imply that I and Russian patriots have turned against Putin after the Kherson surrender, allegedly demanding his resignation. No one has turned their back on Putin, I and all Russian patriots support him unconditionally”, as reported by eu.usatoday.com.

A letter published on the Russian Tsargrad website on Friday, November 11, was allegedly penned by Aleksandr Dugin. In his letter, Dugin basically, without mentioning the Russian President by name, clearly calls for the removal of Vladimir Putin.

The renowned Russian political philosopher, analyst, and strategist, is known for his views which have widely been characterised as being neo-fascist. His words pull no punches, and it must be remembered that Dugin’s daughter Darya was assassinated a few months ago by a car bomb in Moscow.

His rant came hot on the heels of Russia pulling its troops out of the Kherson region, a move which has obviously not gone down well with Dugin. Although he has no official ties to the Kremlin, he has often been referred to as ‘Putin’s brain’, with many claiming that he has a lot of influence. Others have rebuffed this so-called influence as being exaggerated.

Dugin’s letter translates into English roughly as: “A Russian city was commissioned, the capital of one of the regions of Russia – the same as Belgorod, Kursk, Donetsk, or Simferopol. If you don’t care, then you are not Russian”.

“Russians are now clenching their teeth in pain, weeping and suffering as if their hearts were torn out, their children, brothers, mothers, and wives, would be killed in front of their eyes. If you don’t hurt now, you’re nothing”.

“Power. She is responsible for this. What is the meaning of autocracy, and do we have it? We give the Ruler absolute fullness of power, and he saves us all – the people, the state, the people – at a critical moment. If for this he surrounds himself with evil spirits or spits on social justice, this is unpleasant, but if only he saved”.

“What if it doesn’t save? Then – the fate of the ‘king of the rains’ awaits him (see Frazer). Autocracy also has a downside. Completeness of power in case of success, but also the completeness of responsibility for failure. And how did you want it?”.

“How to get out of the situation? Immediately move from a sovereign dictatorship to a commissar, that is, introduce an ideology. The ruler almost did. But almost again. And Kherson was passed not almost, it was completely passed”.

“No claims to Surovikin. He is not a politician, he is responsible for the technical side of the front. Hit not on him. You know who you hit. And no PR will save here anymore. In a critical situation, political technologies do not work at all. History speaks today. And she utters terrible – for us – words”.

“Under the pressure of circumstances (and it’s very bad that it’s so terrible), we made a number of military-political corrections in the conduct of the NMD (why it’s so late is a separate question). But it hasn’t worked (so far). The last resource is ideology. Real, not the fake that the AP, scared to death by the uprising of reality, is trying to sell”.

“Stop playing around: Russian Idea. Only she. It is foolish to go for the total destruction of mankind only because of the fear of the Russian Idea, of our ideology. There is no other way. The authorities in Russia can’t hand over anything else. The limit has been reached. But purely technical means for Victory are lacking”.

“The war must become a people’s war in full measure. But just so popular – Russian! – the state should become. Not the way it is now”.

Presumably, when Dugin mentioned ‘the fate of the ‘king of the rains’ awaits him’, he was referencing the story of the Golden Bough by James Frazer. In that fictional tale, a king was killed because he failed to bring rain during a drought and subsequently had his stomach ripped open.

When Putin launched his invasion of Ukraine on February 24, Dugin was one of the main proponents. He called for Russia to expand its territory into Crimea and from there, to take all of Ukraine before moving on even into the Baltic states if necessary.