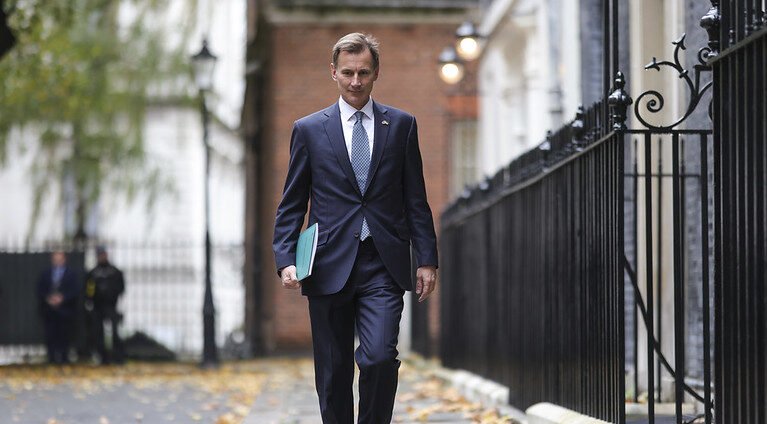 JEREMY HUNT is going to hit the British public in the pocket as he announced his cuts and increases in tax for many, today November 17.

As first glance, it doesn’t seem to be quite as drastic as first anticipated and for pensioners the good news is that the triple lock will remain in place for next year, meaning that state pensions will rise by 10.1 per cent in April 2023.

He admitted that the UK has entered into recession and vows that his actions will help to make this as short and painless as possible although many will still find themselves hit where it hurts most, in their pockets.

He announced a freeze on income tax thresholds, meaning millions of people will pay more in tax as their wages rise and Labour declared this a stealth tax as it doesn’t hurt immediately, but will affect tax payer in the coming years.

Unlike the previous, short-lived Chancellor, he is not going protect the general public completely from rises in energy bills although there will still be some support but expect to pay an additional £500 per year from April.

Highest earners who had earlier this year expected the 45 per cent top rate of tax to be scrapped, will not only have pay it, but at a new threshold of £125,140 rather than £150,000 although bankers will be able to benefit from big bonusses.

Benefits and tax credits will stay in line with inflation at 10.1 per cent and there will be extra payments of £900 for those on means-tested benefits, £300 for pensioner households and £150 for those on disability benefits.

The windfall tax on the big energy companies will increase from 25 to 35 per cent although it seems likely that if they plough their profits back in to new energy or new exploration, they will be able to avoid some or all of that tax.

Generally speaking, the majority of budgets previously agreed with Government Departments will remain, but as inflation will dramatically increase their costs, there is effectively a reduction in the value of the budgets and in the case of overseas aid, this will remain reduced until such time as the country can afford to pay more.

One area that he continues to support (against the wishes of some members of the Tory Party) the HS2 high speed rail project which has already cost £100 billion and continues to be a drain on the country’s resources with an estimated £7 billion a year until the end of the decade being spent on it.

Following his statement, the Office for Budget Responsibility (OBR) (which had been ignored under the Truss administration) released its latest forecasts for the UK economy and government spending.

It believes that continued soaring prices will reduce consumer’s disposable income and taking into account inflation it will be the most significant drop since official records began.

In summary, the OBR expects hard times ahead, suggesting that GDP will continue to shrink by around 1.4 per cent next year which will see the national debt climbing by an unexpected £400 billion boosted by the need to support up to 500,000 newly unemployed.

Things are expected to get worse before they get better with increased reduction in GDP in 2024 and 2025.

Only time will tell how effective the Chancellors plans may be but all could change dramatically if the Russian invasion of Ukraine either intensifies and brings in NATO or if an acceptable settlement is found which helps to bring down energy and basic food prices.

Thank you for reading ‘Jeremy Hunt is going to hit the British public in the pocket’ and remember that all articles produced by Euro Weekly News may be accessed free of charge.