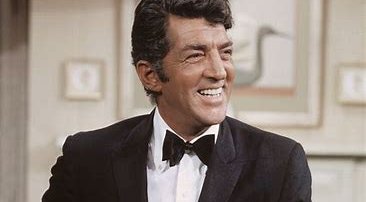 …. and music through life.

Assuming you are over 95 years old, you may remember Ray Noble´s beautiful megahit of 1937, “Goodnight Sweetheart”. It´s before my time too, but as a teenager I had a cherished collection of 78 rpm records of dance music from the late twenties and thirties.

Since 1937 there have been other hugely successful recordings as dance music gave way to swing, crooning, pop, rock, skiffle, soul, and other forms of “popular” music.

Bing Crosby´s “White Christmas” of 1942 became the biggest selling single in history. Other top-selling singles during my lifetime include Bill Haley´s “Rock around the clock”, Elvis´s “It´s now or never” and “Bridge over troubled water” by Simon and Garfunkel. We have had diverse superhits ranging from Glenn Miller´s “Moonlight Serenade” to Doris Day´s “Que Sera” and from Ray Charles´s “Take these chains from my heart” to the Three Tenors´ ”Nessun Dorma”. And two of my own very different favourites, Nana Mouskouri´s “White rose of Athens” and Nina Simone´s version of “The times they are a-changing”.

Over the years pop has become more adventurous and, in some respects, more mature since the days of “How much is that doggie in the window?”, but so has life itself. It has also become much less innocent, as demonstrated by the lyrics of Ray Noble´s “Goodnight Sweetheart, (till we meet tomorrow)”. The implication was that until a courting couple were married they did not sleep together.

Then came the sixties and free love. The Rolling Stones made a different assumption in “Let´s spend the night together”. In a way, this sudden instant gratification may have devalued the mystery of romantic love. If you had lobster or foie gras every day, you would gradually appreciate them less and less. Is that a fair comparison?

Then there are the poetic and intellectual compositions and interpretations of Bob Dylan and Leonard Cohen. Dylan broke free of pop traditions and introduced political, social, philosophical, and literary themes to a public raising questions and pushing for change. Cohen discussed religion, politics, anxiety and sexuality.

Music, of course, acts as an important anchor to people, situations and events. My father introduced me to classical music through the intermezzo of Mascagni´s “Cavalleria Rusticana”. Listening to it brings to mind my parents and a happy childhood. “It´s all over now” by the Rolling Stones reminds me of a youthful holiday in Guernsey where I saw them perform it live in 1964. A happy relationship is invoked by Haydn´s Symphonies 98 and 100, a past love by “Pepito” of Los Machucambos, and a sad break-up by Nana Mouskouri´´s “My friend the sea”.

While seeking a maisonette in Provence, I frequently listened to Dean Martin while driving around. Whenever I hear his voice I am taken back to the excitement of seeking and buying a holiday home in that wonderful part of the world.