WARNING: Shocking ‘horrific abuse’ of a dog ‘slashed with scissors’ in Malaga 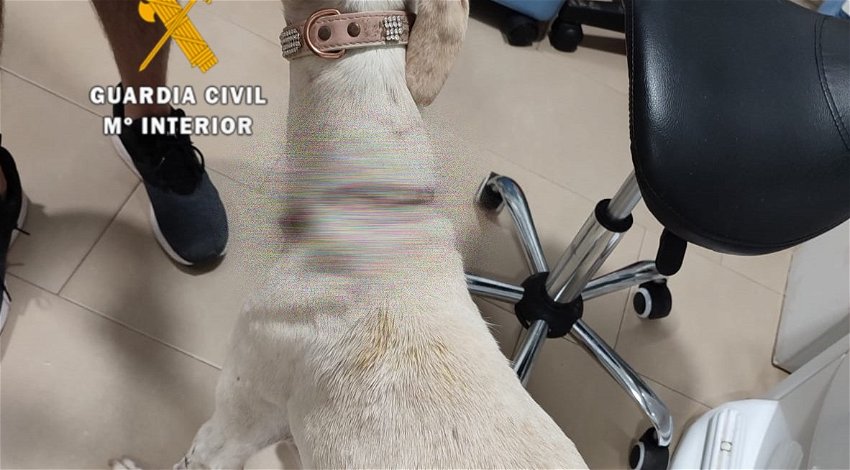 A SHOCKING image has been released that shows the alleged horrific abuse of a dog that is believed to have been slashed with a pair of scissors.

The Guardia Civil released the image as they investigate a dog owner for animal abuse in the town of Mollina, Malaga.

The investigation began after officers received a complaint from a vet who had attended to a dog that presented “numerous serious wounds all over the body”.

The pup had “serious injuries on the thorax, thigh, ear, back, face, and neck, presenting a three cm deep and eight cm long wound on the neck, the external jugular vein being partially severed”.

A statement from the Guardia Civil said: “The wounds appear to have been made with a sharp, pointed object and were not compatible with any animal bite.

“Blood-soaked scissors were also seized, which could have been used to injure the animal.”

After receiving the tip-off, an inspection was carried out at the livestock farm of the owner of the animal, who was reported for irregularities in the care of five dogs, allegedly including lack of water and food, as well as no proper identification records.

Statements were taken from several people as part of the investigation, concluding that the dog owner had allegedly intentionally caused the wounds, aiming to end its life.

The man is believed to have planned to justify its death by saying it was attacked by other animals while he was out walking the dog.

The investigation was carried out by members of the Seprona Patrol of the Antequera Civil Guard Company.

For further information, please contact the Communications Office of the Guardia Civil Command in Malaga on 952 071 539.