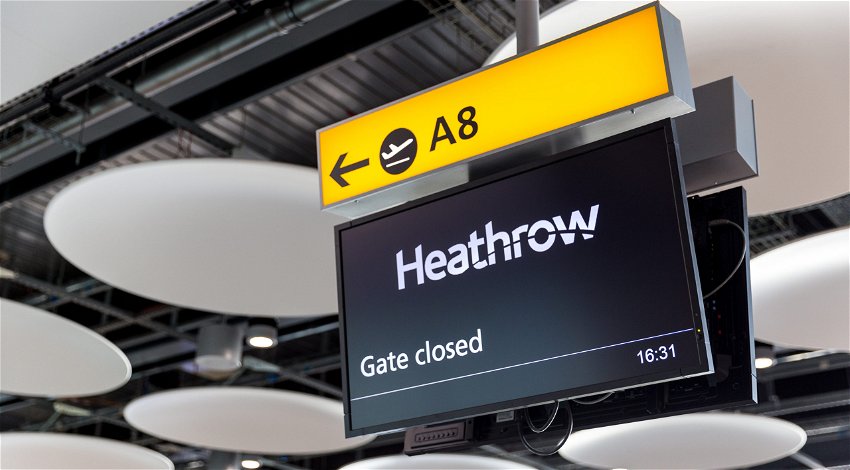 A three-day strike will be held by London Heathrow Airport ground handlers from Friday, November 18, just as the World Cup is due to start.

A 72-hour strike has been convened by ground handlers working at London’s Heathrow Airport. The industrial action in protest at wages will start on Friday, November 18. It will involve around 350 employees of the private contractor Menzies, who are members of the Unite union.

There had been concerns that strike action at Heathrow could impact travel plans for football fans heading to watch the World Cup in Qatar.

Unite had previously warned that this could be the case but they have been given a reprieve after another strike planned by cargo handlers Dnata – another ground handling company – was called off after they received a better pay offer. This would have also included Menzies workers.

“We are pleased to have reached an agreement on this pay award, which reflects the huge respect we have for our employees in the UK”, commented Alex Doisneau, the managing director of Dnata UK.

The strike at Britain’s busiest airport will disrupt flights scheduled by various airlines departing from terminals 2, 3, and 4, said Unite.

“Menzies is a wealthy company and it can fully afford to pay its workers a decent pay increase”, stated Unite’s general secretary, Sharon Graham. The last offer made to its workers by Menzies had been below the Retail Price Index (RPI) inflation she pointed out.

Unite’s members at Menzies play a critical role in ensuring that planes operate safely at Heathrow. Menzies is a wealthy company, it can fully afford to pay workers a decent pay rise. It is greed not need which is preventing a #fairpay offer being made.https://t.co/KVwZsktYFs

“It has had every opportunity to make our members a fair pay offer, but it has stubbornly refused to do so”, added the union’s regional officer Kevin Hall.

A Heathrow Airport spokesperson said: “Affected airlines already have contingency matters in place and flight cancellations are not anticipated. We encourage passengers to check the status of their flight with their airline”, as reported by telegraph.co.uk.